When Women are Free 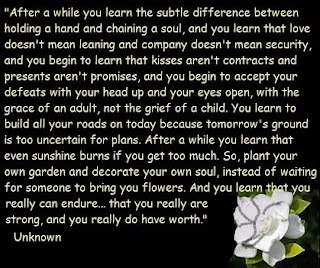 One well may think one has heard it all before, but a subtle sentence change here or there makes all the difference. So too for our habits, our way of thinking, our way of being. Women and men, interdependent as they are, have a long way yet to go before either sex, as an individual, is set free.

Women have for too long been more subject to others than have men. Throughout his-story men have dominated such that a comparatively few women are elevated to fame. Not until the 1870’s did female suffrage become a political and social issue, thanks in large part to Susan B. Anthony, a co-founder of the American National Woman Suffrage Association. Not even during the 1580’s of Queen Elizabeth were women considered equals to men. And despite women like Katherine the Great, or Christina of Sweden, females have remained subjugated until only recently, when not only being franchised but also being allowed to enter any profession has become the norm. And even then, not everywhere. Almost 50 years after the initial suffragettes, Emmeline Pankhurst founded the Women’s Social and Political Union, and had to incite her female audiences to destruction of property and disruption of government proceedings in order to draw sufficient attention to the ongoing cause. Jailed and vilified, Emmeline’s lot changed with her focus on aiding the 1914 World War efforts. But women continued to be deemed second class citizens in Britain, in the States and in Canada for more than 30 or 50 years. At least, legally.

M’Lady Nancy was very much a victim of such classism. Girls were meant for Finishing School. Girls were meant for servitude and wifedom. Girls were meant to have children and to serve from behind the lines of political, social, and religious boundaries. Women were not elevated to train drivers, to pilots, to chief executive officers, to ministerial positions, to the priesthood, to become prime ministers. And if by advantage of birth a woman became a Queen, it was not other women who were permitted to counsel her, but men. Growing up, little Nancy Street, was surrounded by brilliant and ambitious men, was given the role of little sister, and was the tag-along to the sweep of history that enfolded her family. There simply was no real opportunity for her to let her talents develop. Besides, as a person evidently with a great deal of multi-potentiality, there was no one field into which she could comfortably involve herself, without having to let go of her other interests. Were a field of foci to have presented itself (let’s say a movie director, for example) she might’ve been able to deploy her varied interests to greater self-satisfaction, but the his-story of the 20’s through the 50’s, the time in which Nancy went from being little girl to grown woman, provided little opportunity or incentive. And the second world war, with things prior to, and things afterwards, consumed all. It was a harrowing time for a person to be growing up, let alone a tender girl. As such, Nancy was a nurse in London, in Scotland, in Egypt for two years, and again in London, and then, the war at last over, she married and became her war-hero-market-farmer’s wife, before the economic depression of the post-war had them seeking emigration to Australia, 1959.

But then, if we re-examine the anonymous quote (above), is one's worth really up to the self? ‘Gnothi Saeuton’ the Grecian incantation goes, Know Thyself!  When women are ‘allowed’ to be, men too will more truly be set free.
Posted by rfpentelbury at 4:00 PM