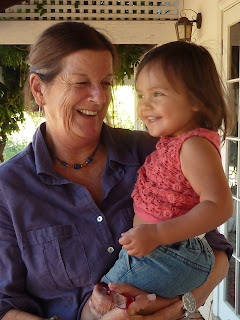 After exactly 40 days, the 426 draft pages of the Memoir are complete. Three sections, M’Lady’s memoirs, and then a Visual Overview chapter and commentary for each family member, as well the substantive Appendices.  Last night, at 10:03p.m., the whole thing was done! Today (Thursday) it gets printed out for editing by Nancy and her two daughters (all senior to me), and by Monday I shall have made all corrections. Tuesday it goes to the publisher! And even then it will be completely incomplete; even yesterday Nancy’s eldest daughter said she had no photo with her granddaughter, and little Giselle was whisked over by her mother, Gabrielle, and I took the snapshot of her with Grannie-Linda. Viola!


Visual overviews are like that, completely incomplete. Mistakes are natural to us. And I’ve made some very stupid mistakes in my time. ‘Stupid’ is not I word I bandy about. It is pejorative, demeaning, silly to use, and unfeeling. But it was very stupid of me to run (!) along the tops of boulders of all sizes and shapes that lay like so many spilled chunks of dark chocolate in an Orkney Island bay, just beyond St. Margaret’s reach. From my overview along the cliff tops, from as high as two houses atop each other, the rock-bound giant’s outspread hand plunged down into the sea, making multiple arches between its crag-creased fingers and the frothy surface of the heaving and tossing Pentland Firth. I wanted to explore! Find a smuggler’s cave! So, all alone, I ventured down a goats’ path to peer among the arches. Then I looked across the rock cluttered beach, espied yet another cave across the bay, and in the agility and carefree suppleness of my youth (I was only 23), rather than gingerly make my way from boulder to boulder, I ran along their tops. Ever done that? The fluidity of motion allowing for precise adjustment is magical! How the body so instantaneously can co-ordinate the myriad details of weight distribution, speed, differentiation of distances and one’s own stupidity is absolutely marvellous! But one slip and I might still be there, a ghostly skeleton wailing in the wind for someone to come and get me.


Not being afraid of mistakes has a similar quality of spontaneous admissions. Only when older do we take much more precaution before uttering things, initiating action, pursuing what we know is fool-hardy. We become more aware, one hopes, not so much of the possible consequences to ourselves, but to others. That’s what the Orkney Island farmer yelled at the group of us when he rescued us from a storm-tossed dinghy in Widewall Bay. “Did’na ya think o’ the danger yee put otherrrs in?” About five of us had taken a single-oared boat around the cliff heads, intending to go to the pub at St.Margaret’s Hope. (Hitchhikers from all over the world would arrive to spend a night or two at Herston Hiker’s Hostel, which I was tending for Sandy Annal, back in 1975.) And we should have asked to borrow the boat. And we should have been able to read the weather more-better. And we should have had more experience. Because when we tried to come into shore the tide was pulling out and struggle as much we did, with huge waves drenching us, and the boat refusing to put its nose down on the beach, we were in danger of capsizing, being swept out, or worse, having a whole community involved in a search and rescue effort in a wintery sea of deep discontentment.


There was no energy in me to write this essay last night. The tidying up of loose ends, the preparation of files for print-out, the backup of all files onto brain-sticks, took time. Besides, the advent of having finality to the entire rough draft, all 426 densely packed pages, had the result of my body dragging me to go sleep! So I write here, right now, as the birds begin their cooing to greet the sunrise. I knew not what I was going to write, I just plunged in to let my fingers tap over the jutting out tops of the keyboard. And though this little vignette of my own seeming memoirs be incomplete; it is at is. The more fool me?
Posted by rfpentelbury at 3:59 PM