Do We But Talk? 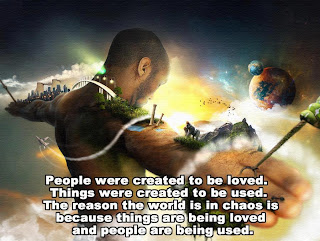 Last night’s dinner conversation revealed polar opposites. Four people at an Italian restaurant, and a fascinating exposition of India. Fiona (Nancy’s daughter), and her husband Ian had lived there with their three young children for six years. Fiona loved it. Ian did not. Not that he ‘hated’ it; it was just that he could not find respect for the ways of the people, particularly the officials and bureaucrats with whom he was dealing. The caste system was rife. Still is. The apportionment of distinctive castes in all sectors of employment was mandated, creating mass scale disincentive to excel; one could not rise above one’s station. Each of dozens of states had their own vernacular. Romeo and Juliet were certainly not allowed to marry. And the man that the Australian family employed as caretaker of their Indian property refused to dig near the latrine; that task was for ‘untouchables’, or as is the common phrase without good effect: a job for ‘God’s people’. Apparently it’s a way to say that God will take care of them, why should we?

Fiona bubbled with enthusiasm over the sights, the differences, the variety. She loved the unexpected. She loved the colour, the juxtapositions, the challenges. And she still maintains contact with people there and would go back for a visit. Ian, however, has ‘been there, done that’. Not that Ian was negative or dismissive or caustic; just that he had evaluated and come to preferences.
Like we did with the menu. Some two if not three dozen choices faced us. And two of us chose the same thing. But we had choice! We can almost always make our choices. But those in a caste system cannot.

Egalitarianism does not equate with materialism. At its most basic level it equates with dignity. My brother once gave me a lesson in treating the homeless: “Don’t enable their impoverishment by giving them coins with which to feed their addictions;” he advised, “give then dignity by looking into their eyes and saying something like ‘hang in there’.” (Or words to that effect.) Thing is, it is not really ‘stuff’ that so readily separates us from each other, it is our attitude. And that tradition would have us teach the children ‘who’ is untouchable, and who is ugly, and who is untrustworthy, and who is your family, and who is your God, and who is your teacher, and who is your friend, and what you should wear is all but part and parcel necessary to mankind. But what a pity that so many should be victim to mankind’s immoveable pace of progress. Nothing changes when nothing changes.

Habituation is our nemesis. Tradition is our danger point; each time we deploy tradition it might better be examined. Not that every tradition is deleterious to our progress. Not that every tradition ought to be scrapped. Not that one should change for the sake of change. But certainly that we should examine our sense of obligations, expectations, impositions, demands, and attitudes towards those who do not comply. If Penelope chooses not to come home for this Christmas dinner; if Perciville marries ‘that’ girl; if Barney buys ‘that’ car; if you wear ‘that’ shirt; if you think that; if you eat that; if you do that; if you dare to... We do tend to take things personally. And we do like most those who are most like ourselves.

How to just let others be? How do we accept a caste system and ‘allow’ it to go on and on and on ad infinitum? How do we accept that penitentiaries and penal system and classrooms and institutions and curricula and cultural traditions are all very slow to evolve? In fact, we easily would rather regress to what was once perceived as better than the apparent chaos of the change. Why institute a Copernican Program if the old one was working? Why not just hang the blighters, like we used to? Why would you not wear the clothes of your culture? Why would you...? And so we have our dinners. Do we but talk?
Posted by rfpentelbury at 3:59 PM