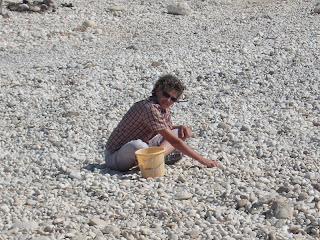 Impeccability of word choice is delicate. Editorial marks reveal mistakes. How does an art form ever be ‘perfect’? Form and function attend even bridges. And some bridges are more beautiful than are others; so too is the water that flows under them. One bridge I know was dubbed ‘Purgatory’ by my friend just in for a quick visit; passing over it too often rattled me so much that I relocated. At the end of proverbial days it is the smoothness of life that we use as a gauge of our general condition. Much of yesterday there were thunderstorms. Three magpies huddled on the chair-back I see from the dining room window. Even the fire-place directly behind me dripped from the steady downpour. Sometimes the house shook. The twelve-seater solid oak table before me vibrated from the almost constant grinding of the printer. The house occasionally grumbled and groaned under duress of thunderous rumbles from belligerent skies. But focused, and unaware of what was going on around me, you’d think I could get things perfect?

M’Lady’s hairdresser arrived early. For some reason she did not use the bell. She banged on the living room window, twice or thrice. I called out for Nancy, but the heaviness of the storm on the roof, or her fixation at her kitchen-counter work-space with the first stack of fifty pages precluded her attention. So I made my way to the front door. It is getting more difficult for me to move. It will be good to get my fixation on one location ambulatory again. But we step gingerly on rocks, though once I leapt across the tops of boulders. Yet now Sandy was peering in at me from a window pane. And even at first glance I could see she was soaking wet. The distance from her car to the front door must have been about 30 feet, perhaps only 29, or was it 31? But she could not never-mind the rain, not without an umbrella.

“The rain of your insults has no effect on the indifference of my umbrella,” was a phrase I picked up as a school boy; it delighted my metaphorical mind. Sandy bustled in, dripping. Too early.  As much as an hour or more early. And it entirely upset our cheery cart. M’Lady carefully concealed her down-right disappointment (or was it stage-left?) Her own organization of paraphernalia atop the counters and the kitchen nook table needed quick re-assorting. Sandy came in like a storm-tossed boat. She carried her accouterments with practiced panache, and began plonking them down as though she was familiar with this beach head, knew the routines. She’d brought some freshly baked something or other, “nice and warm!” Her voice was booming. “I’ll put the kettle on for coffee,” she announced. “Then we’ll do your hair!” Outside it thundered. Inside M’Lady politely received the goodies, and responded with intent to microwave the things at another time (she did not say ‘nuke’), but right now she was not disposed (she did not say ‘indisposed’), she was not disposed to having baked goods; not right now. Or have I repeated myself? Then, the coffee at last made, M’Lady brought my cup in to me, raised but an eye-brow of communication’s accord, and went back to settle down her invader... her intruder...  to settle down her unexpected guest. She offered not the buns that had been brought, but opened instead her usual tin of biscuits. Whether the usual mini free-loaders of miniature black ants were to be seen in the biscuit-tin or not I do not know, but the two women sat at the kitchen table, where I could just see some of Sandy’s shoulder and torso, but not her face. She decidedly quietened down. Beside me, the printer froze.

Distractions attending the print out of 270 files at 1.7 GB (I’ve backed them up enough to know the exact itemization) can lead to mess ups. It’s like upsetting the pale-full of carefully picked out pebbles; hours of work are dispensed with at the indelicacy of a slipping of the handle. Real flow is about the acceptance of the moment. But it is a thing of practice, this taking on of thunderstorms in one’s days.
Posted by rfpentelbury at 4:00 PM