A Courage of Convictions? 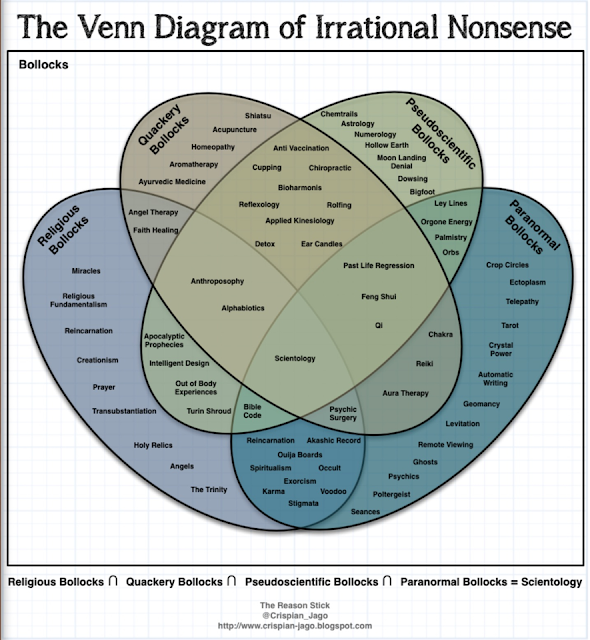 Perfection is but fleeting. That eightfold pathway (of my last essay) has central to its tenants the word ‘path’. It is a thing upon which one moves. Queuing up once to see the Crown Jewels in The Tower, I was disappointed to learn that they were replicas, anyway. But if such jewels be deemed perfection then their very stasis is not an anathema to my contentions; the bejewelled crowns are entirely dependent on the protection and esteem and evaluation given to them by another. Some little girl would wear them to a fairy party; leave them behind in the taxi. Things may be ‘perfect’, but perfect in terms of being human, of living, of doing, of enjoying a sunset is fleeting at best. The neighbour says, “Pretty good, but you should see the sunsets out at the point, or the one we saw in...” and by comparison the perfect moment is transformed. It is the transitory nature of our beings to which i here draw attention.

It all is what it is. Venn diagrams have the effect of apportioning things, concepts, people, attributes, and collections into neatly fenced in particulars. Experiments in classrooms have shown that all children with blue eyes, segregated from these with green, with brown, and with flecked eyes, can easily become marginalized by their very apportionment. Once we segregate, allot, label, and quantify something we relegate it almost automatically to someone else’s hierarchy, if not our own. It is natural for us to lean toward, belong to, subscribe to, adhere to, and join up with things we find interesting, most like us, and we thereby entrench and espouse the same values. Our children adopt, in general, our values. Our group manifests, in general, a similar set of values. Yet boardrooms abound with contentions, fragmentations, splits, differences of opinion, and overthrows. It all is natural.

To not exercise strong preference is to be perceived as phlegmatic. To not have strong wants and needs is to be perceived as wishy-washy, a pushover. To be integrative and assimilative and accepting and easy and accommodating may be perceived as being bland. To not get riled, annoyed, angered and actively engaged is to be seen as weak. To not put one’s foot down may be perceived as cowardly. Until we see such an one stand up for a cause. Racism. Disenfranchisement. Suffrage. Intentional harm. Abuse. These are the moments where a person stands affirmed by convictions of integrity and calls a spade a spade, and does what one can to counter the forces of blatant negativity, or not. But as for the rest, negativity is not so blatant. It is a subtle apportioning of acceptable and non-acceptable, whether it is our disliking someone for talking with their mouth full, or another for their preferences being different from the self.

Dismissive-ness can be a subtle aggression. Being discounted is tantamount to having been given the cold shoulder. Yet it is most natural to each of us to do so. Jokes abound about those with whom we do not identify. And we easily give defamatory, derogatory, dung-filled terminology to those we dislike. Their own existence within the subsets of the Venn, different from our own, are at once devalued.

Integration would have us allow for everything to coexist, as is, as it was, as it shall be, with our own influence toward easing the discord at the edges of evolutionary growth toward more and more inclusiveness as we head toward more and more enlightenment. The proof of it is in history. The slave trade overthrown, women receiving the vote, homosexuals freed from closets. Tolerance and acceptance grows in our conceptualization of who we are as a body-politic on this planet. But not quite yet for everybody. The Venn Diagram above can serve to dissemble us, or to unify; depends, doesn’t it?

At the very least, having seen it, I have done something. Now to act upon the courage of my convictions too!
Posted by rfpentelbury at 5:53 PM