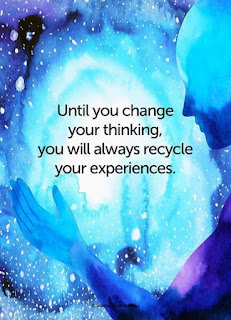 “Being able to laugh! That’s the golden secret to life. We take ourselves so seriously,” answered my friend. At 78, he has much wisdom to share. It may not be ‘new’, but it is tempered by the sheer endurance of his own longevity. Overcoming several physical ailments, and the irregularities and vagaries of the vicissitudes of an individual life, as he has, my friend’s words are not delivered lightly; they arise out of the wellspring of a life lived with keen observation.


One’s ability to encounter life’s history with humor is one thing, but to release it during duress is quite another. (Abashed, we do not like to undress.) In my novel (ADMISSION, a Story Born of Africa,) Adam Broadford is not one to guffaw, nor to chuckle. His humor is confined to a smirk, an intellectual enjoyment of predicament, an intentional play on words, and sometimes even, a deliberate obfuscation. The subtlety is in the mind. Although others may laugh at predicaments, Adam cannot easily give his humor reign. He is always analyzing. Word-play is his favored laugh. (A nosey and disliked teacher, named Mevrou Neusindruk, means Mrs. Nose-shove-in, ha!) Yet, as in Adam’s story, not all word tapestries are woven with the same thread. Although flecks of silvered humor in his writing may appear, here and there, it is a more resilient material, overall, that sews up the course of his progress. His is the sensibility of perpetually thinking about his thinking. If reaction is at the point of having a funny-bone, response is the approbation of events. The approval. We laugh at he who slips on the banana peel (especially if others laugh too). We grow concerned if, having once slipped ourselves, we’ve cracked our tail-bone.


Like using our hands, there are perhaps six deployments to humor. Most obviously, the lewd, crude, and vulgar may be represented by the thumb. Thickest of our digits; it often is the most useful. Second is the index finger, that which pokes fun at others. Third is the middle finger, that which is suggestive, explicit. Fourth is the implicit, the ring finger, circumscribed humor, not readily recognized, until evidently deployed; (my friend, reading this now, may chuckle at this recalling of his bizarre image of decapitating pigeons; another reader may well shudder.)  The fifth, the pinky, is humor that entails wisdom, insight, care, compassion. Rare. And the sixth? In the unique lines and craters of our palms, time worn and grooved into our individual psyches, lie the experiences of our personal lives; a smile; a wink; a yoke (ha!) Some things, indeed, are funny.


In order to get their laugh, comedians choose those things common to the crowd. A friend, more personally, may choose something esoteric; something we each know. An acquaintance may tell a joke: “You’re the ugliest buffaloes I ever did see,” said the cowboy, and rode on. The one buffalo turned to the others and said, “Was that a discouraging word?” … What? You don’t know the song: “Oh give me a home, where the buffalo roam, where the deer and the antelope play! Where seldom is heard, a discouraging word, and the clouds do not shame us, all day”? So...? Got you singing? (And yes, I do refer to Jungian shadows by way of using ‘clouds’, indeed! Ha!)


Thing is, as one smiles into the eyes of others with our laughter, we become connected, glued, made humble by the sharing, and transported beyond age, race, religion, and division. Or not. Some humor is sadistic. Some humor is too off colour. Some humor is far too dependent on identification with specifics of language, ideology, place. Some humor is esoteric, built up out of intellectual commonality. Some has its foundation in wit, witticisms, and word-play. But that which tickles our collective funny bone quite clearly needs be germane to all; commonality is the precursor to the longevity of a joke. We know that. How else to laugh at the sheriff saying that the cowboy is wanted for rustling! Why? Well, since he wears a paper hat, has a paper gun, and even shoots paper bullets! (Rustling! Ha! Get it?)  …..Oh! (ha! ha!)


In the laugh and the catching of another’s eyes we are humbled by humor. Age, and distinctions of attainment, pedigree, race, religion, and even sex can all disappear in the connection of jokes. It can. But it seldom does. After all, to let go of all inhibition, one needs to undress. Ugh! 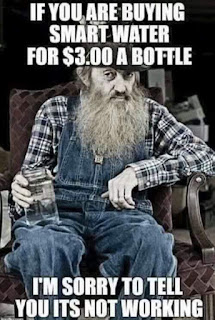