Truth Be Told (About my ADMISSION) 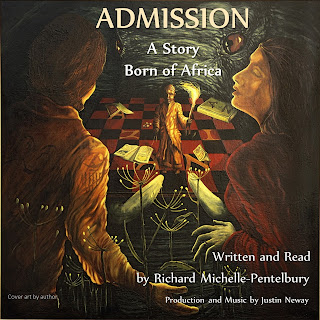 Here it is, since so many ask, “what is the truth?” We can hardly reconstruct our memories without smudging at the edges of the photographs we handle. Images can gather our new fingerprints. And snapshots in time, given words, become re-created and re-envisaged in all the inaccuracy of the creative, the imagined, and the impacted. A single slap can forever change a child’s perception of safety. And it can resonate down the decades, rendering that child insecure for life. So it is with ‘truth’; we add and colour and re-arrange the details, until our story (seldom memorized as exactly as a dramatic script demands) becomes a re-telling, such that our arms get wider and wider as we demonstrate the fish we once caught, ha!


This, then, is the pitch for ‘ADMISSION, A Story of Africa’ (available in three formats through Amazon, as seen below, on Kindle, Paperback Print, or Audio):


The ugly divisions of race, religion, and politics in the early 60’s and 70’s of Africa gnaws at him. Beauty and brutality are constantly at odds. Happiness and sadness are locked in a dance. So much is his fault. Against a richly depicted backdrop with deeply resonating characters there are gifts, wisdom, and murder. In the vital textures of the wild-game collection farm in Northern Rhodesia there is rescue, kindness, and killing. Later, sent to renown boarding schools in Kimberley, and then Pretoria, South Africa, followed by serving in border warfare, and while working as a stoker on a steam engine in the Valley of a Thousand Hills, Adam decides to go AWOL.


No longer can he take on the consequences of living in Africa.


A stowaway aboard a Union Castle ship, his pent-up secrets begin to unlock.


But will his admission, at last, set him free?


The great art of fiction is that one is “best to work from that which is known, and then to lie through one’s teeth,” John Futhey, my old English professor once said. (In other words, should YOU not have been to Africa, don’t set your novel there!) Then again, you (the reader, and perhaps a writer too,) have grown up. You have experiences. You have memories. And you have imagination! It is as Einstein is purported to have said, “I want to know God’s thoughts, the rest are details.” Well, in supplying the details by which to attempt to elucidate one’s thoughts, it behooves the writer, the storyteller, to remember at all times that the creative work at hand is one of fiction: impressions built around truths. Characters are composites, embellishments to suit the fancy. Impressions are built on snapshots in time. So too for the reader, if truth be told. 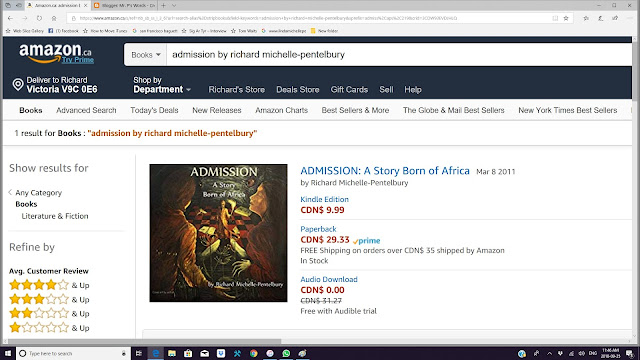