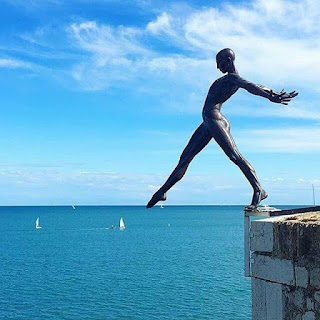 The haves and the have-nots continue to suffer. The Memes need to exist side by side, and the privileged may wrestle with guilt, while the impoverished may wrestle with envy. Either way, the dividing line is more pronounced when in direct conflict for space, the air we breathe, the water we drink, the food we eat, or nowadays, the health we try to secure. To vaccinate or not becomes a matter of deep division. The contentions on either side are formidable. Science and Fear and Practicality and Ethics and Sensibility and Expectations are societal conventions thrust around in the battlefield of reasons for and against. And one can lose friends, contacts, and even family members in more ways than one because of it all. Covid and its varieties has most of us enmeshed in Old World problems during New World Times. Those without the required vaccination may as well wear bells and declare themselves ‘unclean.’ Those who’ve had their double-shots may as well (and do) wear badges that give evidence of the owner’s responsibility to society.

Responsibility comes in many guises. Back when I was a schoolboy, the Housemaster one unforgettable Prep Time intoned to all of us: “The more freedom you have, the more responsibility you have toward others.” It was a lesson that struck at my core. Perhaps it is the foundation of ethical behaviour; to try to consider one’s impact on others. Even my old Odham’s Children’s Encyclopaedia, given to me in 1960, at the bottom of page 58, states: “And that is what ‘character’ really implies – behaving toward other people as we would like them to behave toward us.” And so, one wonders, does one simply hope that all people will protect themselves from the Virus, from Leprosy, from Tuberculosis, from Chickenpox, from the Common Cold, and therewith protect oneself too? Or does one gain a shield, a mask, an isolation cubicle, a lance, an old-world glaive, or halberd, or God forbid, even a gun! Arm-twisting with shame or guilt, hurts.

We are linked; like it or not. Interdependent, we need each other for supply chains other than just food; we need each other for the vitality of connection. Many of us are quite content with long periods of being alone. Many have sufficient (inner) resources to survive without dependence on others. But most of us are more gregarious than that, and so, despite our disparities, we will step across the party lines, o’ereach the old barriers, dive into the sea, and take off our masks. Yet some still will never show their true selves.

“Have you been vaccinated?” becomes the intrusive question. At some venues one is turned away. At airports one may find oneself having to declare. It was so for malaria vaccinations. It was so for childhood smallpox vaccinations. And if wanting to travel, or to be safe, then taking such time-tested medications became the norm. Now, even a new ‘meet the neighbours’ block-party can prove itself exclusionary.

“But now,” as an astute friend poses it, “what long-term studies are there to prove the Moderna, Pfizer, or AstraZeneca vaccines are safe?” And in one’s ignorance, or under the wealth of so very much contradictory information, many of us may baulk. Doctors who gainsay the vaccinations are stripped of their posts; we learn. Health professionals who dissuade the public are given fewer and fewer platforms. Alternative drugs, like Ivermectin, are prohibited except by prescription, and: “Find me a doctor willing to go ahead and prescribe that!” declares my friend.

Being shamed into falling into, or being disliked for taking a stance for either Camp, gets progressively sad. History shows how entire societies have suffered from ostracization; the larger group (mostly) gets to predominate. And in the meantime, we can lose friends, family members, those we love, and those we know, in more ways than one. To be, or not to be? That, indeed, is the question! 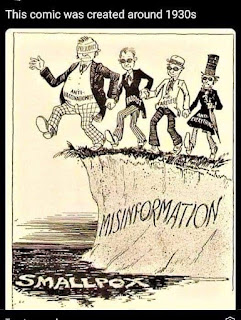 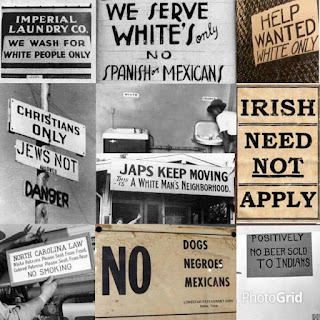 Posted by rfpentelbury at 11:03 AM No comments: