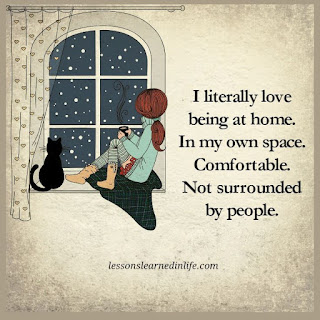 I’m going to offend you. Being human offends. Even those we love can offend. At issue is whether the stubbing of one’s toe, and consequently limping for a few days, is sufficient entirely to bear a scar so deep that we never walk barefoot ‘there’ again. We wear shoes next time. We are guarded.  It is our sensibilities that are offended. We have this expectation, this image in mind, that how-things-should-be is not met. And in our own inability to surmount the moment, to include, absorb, assimilate, and integrate the offense, we make a judgement call. One indeed can cut off one’s nose to spite one’s face. One indeed can push the plate of delicious food away, its taste entirely spoiled by the table guest’s casual use of the phrase, “I don’t give a shi... !”

Some words hardly bear saying (depending on your sensibilities.) We are so used to foul words nowadays that their imagery has all but entirely vacated our sense of smell, sight, taste, touch, or hearing. We happily use acronyms to substitute a blasphemous phrase, OMG! And we easily use the vulgar acronym to express surprise, or even disgust, WTF? So it goes. It is for those of us who do ‘sense’ words that I would here walk through the mine-field, (or do I now offend as I take the liberty of expressing some valued values in my own mind-field?)

The garden of the spiritual warrior is always full of bugs. There is never a complete surcease of problems, however small, in the analogy. One is always tending to the self in relation to the whole. And stubbing one’s toe is inevitable (especially since rocks themselves can come to the surface after long winters of being buried deep.) Childhood; family constellations; teenage forays; a young person’s brashness; middle-age messiness; and an old-age dispassion can all intrude on the perpetual pursuit of the happiness we seek. After all, is that not what the end-all of the Famous Constitution reads (on the plinth under the big concrete lady who holds up a torch)?

Enlightenment occurs where the cracks get bigger. We break open from the shell of our containment only to discover there is yet some other cage around us. To travel one needs visas, passports, proof of means, proof even of destination. And as we see yet more, go yet further, there is a gradual letting go of fear, of uncertainty, of the distress of being sometimes ineluctably torn from our comfort zones. We are emboldened, step by step. And sometimes the journey can get longer and longer, more and more freeing, until we stub our toe! And that’s when reality, with all its aches and pains, can rise up and bite! Being tripped up is no fun!

The value in living lies in our self-worth. (We tend to give it over to our self-esteem.) We’d rather have people see our gardens when they’re in full-flower than have people visit while we are busily shoveling manure. We instinctively know that people will value us more if they see our best selves, see our beautiful houses, our clean cars, our neat gardens, our mowed lawns, our plaques of achievement on the walls, our wonderfully laid table, sniff delicate cooking smells, and enjoy the facility of our facile and fluent conversations. And then someone over the plate of food utters, indelicately about another topic, that something or other, “scares the shit out of him!”

Yes, I told you I was going to offend you. (Or perhaps not?) At issue is that lightening up, really, truly, is about being more enlightened, after all! Yes, it's true, venturing trumps stasis, every time! 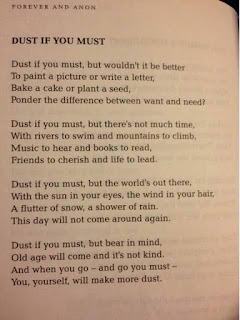 Posted by rfpentelbury at 12:31 PM No comments: 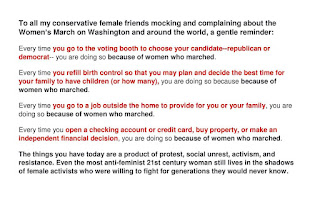 We were immediately vulnerable. They ranged above us, on the many overpasses. They carried placards and bottles and babies. They waved and hollered things. Our rented car was slowed to a crawl. Others honked up at them in support. And the Interstate 5 through Los Angeles seemed entirely clogged with the immediacy of the moment. Women were everywhere. Some men were among them. But the energy was female, vital, regenerative, and empowered. Still, this just past January 21st, 2017 (already!) it was a march that best not have needed to have taken place at all.

Women have freed women. History has had remarkable leaders. Boadicea; Elizabeth the First; Florence Nightingale. Even Margaret Thatcher inspired. So too did Hillary, unassured as was her victory. Her credibility was undermined so resoundingly that young girls everywhere saw themselves not as heroines, but as victims. After all, a boy-president who bragged of grabbing their private parts demeaned them. And boys, everywhere, will always be boys. Or will they?

Maturation is not necessarily the lode-stone of time. Accident is. Darwin's natural selection never was meant, as the fallacy goes, for "the fittest and the strongest." It was meant as an observation of the lucky and the adaptable. After all, throw a big rock into a small tidal pool and the organisms that are not crushed, and the ones who get dispersed into other pools, are the ones that may well adapt to the new. But adaptation is still not maturation. There is a physical component to adaptation that slip-slides through the quagmires, like snakes through mud, or even moves like those that clutch but briefly overhead as they swirl through a forest, like apes, lesser or greater though they may be. No, maturation is a component of insight and apprehension that goes beyond the mere braggadocio of the herd bull; maturation is a quality of wisdom that in accountability is essentially compassionate. And compassion, as a subject, is not an intellectual apprehension, but a lived experience.

Girl toys are stable: doll houses; play-kitchen sets. Boy toys are mobile: planes, trains, and automobiles. Pink and blue distinguishes toy aisles. We perpetuate the stereotypes on the TV, in advertising, in our social structures. And despite the hundreds and even thousands of women who are liberated and liberating, who are examples of free thinking and progressive and leading women, we retain an overall sense of a woman serving a man. Women marry and work twice as hard to keep their man (and then their children) clean and tidy and fed and clothed. Men go to work. Men come home, and as the McCartney opera states it, complain, "Where's my dinner?"

Thing is, mankind is feeding itself with images, with habituation, with expectation, and with at times unquestioned acculturation. If each of us were to rise up against the status quo we see mounting around us we would perhaps more quickly evolve toward....? Now THAT is the question. Our evolution is the subject of much contention. At issue is that, no matter what age, one be 'at peace with oneself'. Issue is: that 'peace' is so very subjective. Still, in the groups of people marching toward freedoms, toward social statements, toward a future that no longer is shackled by the past, there is at aim a sensibility, one hopes, that we all will be advantaged by the idea at hand. Or why march at all? Yet, tell that to the group members activated by hate and bigotry and discrimination and xenophobia.

Geographically we can easily change places, countries, provinces, cities. Especially nowadays. It is our interior spaces that are more of a challenge, it appears, for us to change. We can feel too vulnerable. We can lose control. Meantime, we can honk, give the thumbs up, but drive on. Yet as we know, real change begins within. Person by person. And freedom, history has shown, is always hard won, especially for women. 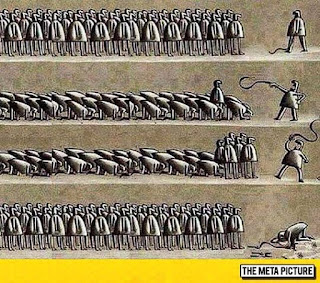 Posted by rfpentelbury at 6:05 PM No comments: