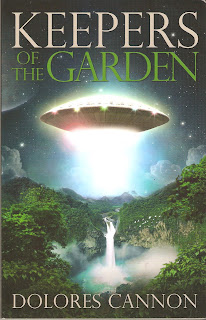 “Their roots are interconnected,” she explains, her long fingers reaching forward and intertwining, “and they sustain each other!” Around us the patrons of the ‘Goats on the Roof’ market peck at the produce; the place is a swirl of customers, most of them, like ourselves, tourists from afar. My brother, recently arrived for a visit from South Africa, leans forward across the table in the restaurant section, and adds, “Yes, in Africa there is a tree that when being eaten by giraffes, sets off a distasteful chemical in its leaves and relays the message to the surrounding trees so that they change their leaves too.” We three nod. It is a moment, like the Christmas song, in which we indeed conspire. After all, which of us living things do not breathe together? Oxygen is shared by all. And for my friend who drove to interconnect with us (as my brother and I stopped there on our way back from the furthest west Pacific Rim National Park,) there remains that impending consideration, “until death o’erwhelms us.”

2016 leaves us with an awful amount of bad news. The list of famous and well-known and significant and not-so-well-known persons who ‘departed’ this life in 2016 is astounding (see below*). Psychologist Dolores Cannon, after her gleanings from mankind, has very many works published on the intriguing assertion that we are visited by successive waves of alien beings, fundamentally connected in the universe, and not only taking human form, but being unconscious of their precise origins, until subjected to deep hypnosis. Client after client has revealed to her that their mission in life is to advance the collective good of our earth, for there is fear that humans will blow up the planet in a nuclear explosion that adversely will affect the entire universe. And so the first wave has been and gone, but those aliens of the second and third wave are here, breathing among us! And their chief objective is to contribute toward the health of the whole. Yet, it would appear, with the 2016 departure of so very many of our most precious souls, influential souls, there is “something wicked that this way comes”?

The rise of Hitler has been likened to the rise of Trump. Yet rational humans have chosen him as their champion. And there are rational arguments for his succession. In order for a paradigm shift to occur we needs break down the old paradigms. Trump represents the spearhead that not only pricks and prods but also cleaves open the walls of the self-containment of The Old Guard. New and fresh approaches to detente, to government, to politics, to economic welfare, to social and education constructs, and to being a citizen are about to be formalized. Whether four years or eight, the presidency of Donald Trump is bound to influence the progress of the whole human race. Already, very many little girls are being told how to overcome. And very many little boys are being bolstered. Role models abound! After all, which of us is not affected by the leadership and pronouncements and behaviour and inclinations of a significant other? (Indeed, like those trees in the forests of all our history, we remain interlinked.)

When the ship in the bottle finally reached me, for this Christmas, it’d sailed its way from the early 1940’s, since before my birth. For very many years it’d rested in Australia on M’Lady Nancy’s fireplace mantle, near Perth. In an old Haig whiskey bottle (three sided and pinched in at the sides), the frigate within sails sublimely in unchanging air on an azure sea. Protected from all the weathers without, the triple-mast vessel sails in a world of its own independence; dependent only on not being dropped. Not so for mankind. We are very much linked to the fortunes and welfare and considerations and care of one another. We conspire in air that allows for us all to breathe. And like brothers and sisters to and for each other, our connections ripple across the waves, reverberate underground, and conspire under the light of our sun, the stars, and the moon. Yes, may we attend to the very roots of our gardens, indeed! 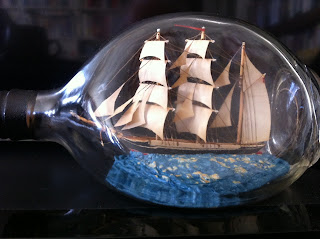 Posted by rfpentelbury at 11:13 AM No comments: