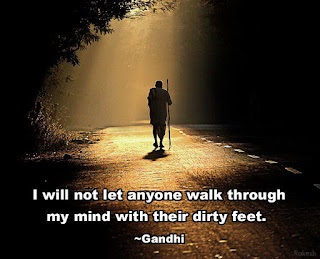 Big words married as a title can be off-putting. Phraseology can do that to us. Many of us easily say ‘what?’ rather than listen for the contextual clues, rather than work it out, rather than go look it up. We seem to want immediate clarity, and obfuscation confabulates. So much so that we can feel a person is being too clever for his boots, too uppity, too pretentious, or too anything but simple. “Like using fancy French words in a menu, in an Italian restaurant.” Poetry! Many of us seldom read poetry. We do not like elusive imagery, let alone enjoy chewing over a rather tough metaphysical conceit. That which requires effort, like delving into an abstraction beyond ‘cosine theta’, might upset angelic predilections. We angle for answers, briefly, or one just moves away.

‘Penultimate’ is one such phrase. At school I guessed it meant great penmanship! (But then it was only my second last attempt.) And as for 'predilections', some of us thought it meant the privilege to vote before our time. But each of us will go by the way of our wants, and just before we die there may well be a life-flashing episode of accountability, but the end indeed arrives for us all. And so, on this 39th day of 40, I burble as if from an abstract paradigm, for actually to have been in a desert for ‘40 days and nights’ one could but have had metaphysical contact with outside realities. Quite like being here. And tomorrow I am scheduled to open the door, to cross the date-line of my 40 days, and to be forever changed; yet shall in essence likely be seen as “the same.”

We live in the memories of others. Our voices are unique. Our chemistry is unique. Our way with words bears our brand. The way we walk, we talk, we think, we move is known. Even a slight deviation can have someone saying, ‘What’s wrong? What’s the matter?’ And lest we feel otherwise authentically inclined, most of us come up with the ubiquitous answer, ‘Oh, nothing.’

Thing is, knowing someone that way and having a rapport with them are two different things. It takes great trust to tease easily among friends. It takes great insight to relate to another in a flow of discourse that is not self-centered, narcissistic, dispassionate, matter of fact, pragmatic. The more we are able just to let another person be, the more we can be not only ourselves, but enjoy the togetherness. “And we spoke never a cross word between us.” That’s what M’Lady wrote as an end note to the death of her beloved husband, after 47 years of marriage! Truth? Mayhap not utterly, but the conceit lies in the generality of perception rather than in the recorded pin pricks of time. Even John Donne’s compass had its sharp points. And for The Flea to have been honoured it needed first to have bitten both he and she. Such is the conceit. And no, the use of that word has nought to do with pride. It is one of those things we needs work out, by going with the flow.

Rapport has as its essence a counterbalance of tensions, such that dancers protect each other’s backs without words, without being overt. Niceties and pleasantries are not rapport. Favors and gifts are not it either. Compliments certainly do not engender genuine rapport. And ingratiation is an obsequious man’s way to garner more attention than he actually renders. No, rapport is a delicate thing innately understood by the likes of birds. ‘Birds of a feather flock together’ is the proverb (but even then there is the possibility of unfulfilled habituation). No, better to be aware of potential, to care for possibility, especially on a penultimate day; and the day after that too!
Posted by rfpentelbury at 1:21 PM