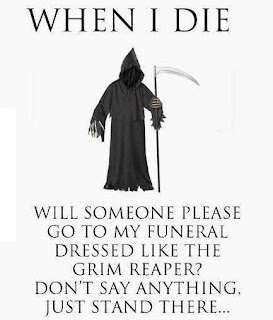 We come to praise Caesar, not to bury him! Willy would have wanted it that way. Sure he was a reprobate, a raconteur, a carpet-bagger, a scallywag, had a propensity to prevaricate, and lived from the inside of a whisky bottle for the later years of his life, but oh what a man! The heroic escapades, the great grand schemes, the charm, the talent, the looks! Women fell for him! Medals of valour. Certificates of honour. What a man! And then it all went wrong. Resting on one’s laurels, one might say. How many other war heroes does this not happen to? All that guts and glory and challenge and attention and then one comes home to... domesticity. Few men like being relegated to mowing the lawn, doing the dishes, taking the Sunday drive, tending to the surprise-packaged children, or ‘going shopping’. They perhaps forget what they were fighting for in the first place. They perhaps forget that just such mundane everyday things of the fanciful quotidian are precisely why they went to battle. It is seldom one hears the same of women, by comparison. No, women are far too conscious of the need to contribute toward others, generally. But in this case, for one poor man, there was simply too much ‘ME’.


Black sheep are notorious. Yes, some become famous. The family outcast (or is it the self-exiled from the family?) goes about to the clacking of his own drum-sticks.  And he makes a world of himself. He shapes and directs his future independent of direct influence, independent of appeals for finances (in some cases, but not necessarily in this case), and keeps his accomplishments as close to him as his attaché case. One never knows when one may need to whip out that birth-certificate, that falsified passport, that letter of commendation (though the signature may be suspect,) that bowdlerized prose purporting to extol his own virtues. Indeed, yes, black sheep are infamous too.


But I came to praise Caesar, not to bury him. Should I inter him with warts and all in his casket of these few pages, as though looking out from a glass darkly, he will become as such immortalized. Those that knew him for what he ‘really’ was shall soon enough be gone, shall ‘drop off the perch’ (if one may take liberties with the vernacular.) It is for the great-great-grandchildren and for ongoing offspring that we here expunge the record, that we take hours of days of stories and simply highlight, momentarily, and erase! Are you sure you want to delete that file? Yes. Delete. And with the mere push of a button all that negativity is wiped off the screen. Nobody, after the next decade (or mayhap before then) will recount the man that ‘really’ was. And our Memoir of him, a tidy example of ensuring that the baker, the banker, and the candlestick maker are rendered as stellar pillars indeed, will reflect not how we might remember, but how we should remember. Word power is mightier than the sword slashes of Zero.


“Swear to tell the Truth, the Whole Truth, and Nothing but The Truth,” the court of appeal may justly contest. “After all, the public should handle it! The offspring ought to handle it!”


But I write here for the future. We make a Memoir that praises; it does not bury. It is intended to give hope and sustenance and example and pride to the future generations of the families involved, in whose linkage to ancient pasts there be sufficient truths to make a man, a woman, proud. It is good enough to say one is linked to George the Fifth, another to say one is linked to The Mad King. No, we came here to praise, not to bury. We seek not to render some future progeny shamed and hurt and insecure and unsure of themselves, to get them checking into their genes before they unzip their wares; we seek instead to laud, and to cheer! And to those who would say otherwise, we render but one word, “Bah!”
Posted by rfpentelbury at 5:31 PM