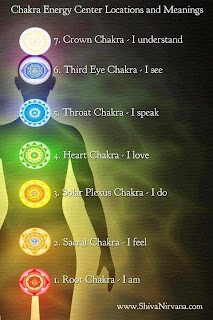 Hierarchies are an anathema to some. Yet we perpetuate the Kingdom of animals, The Great Chain of Being, the sense of potential to become yet more, the facts of metamorphosis, the image of the inch-worm’s progress in bell-shaped manifestations, the multiple levels of Kohlberg, Dabrowski, Clare Graves, and Matthew 17. And millions are still subject to a caste system. Hierarchies abound, man-made, perceived and propagated. There are even some people who declare that others have no other prospects than to be the best person they can be; but do not seek to be more than you are! Inherent limitations to a species, a phylum, a genus, a being is that its properties are limited by its genetic make-up, and even more, are ranked and apportioned and allotted according to formulae that relegate it to a hierarchy. So sayeth mankind. Paradox perpetuates. Ontology preceded phylogeny. A leopard cannot change its spots. So just who do you think you are?

At the dinner table were a thin little bottle of garlic-cream sauce; a squat little bottle of tartar sauce; a taller bottle of tomato-chutney; a small china bowl of olives and pickles; and an imposing red-wine bottle. And they became the five people of our conversation. Never mind that in the cupboard and in the fridge dozens of other differently shaped containers, if allowed, might have been included. We had these five, and aligned with each other, they sufficed for all. It was natural to arrange them by size. It was natural to arrange them by price. It was natural to arrange them by preference. It was natural to arrange them by pleasing patterns. But it was quite discomforting to topple them and have then haphazardly strewn in disarray upon the table-top, let alone to allow one to topple and smash on the floor! We have a natural tendency to order things, we humans. And as such we perpetuate caste-systems. Our evaluation of those five bottles mattered. If one does not drink wine it might be the least important. If one never eats fish the tartar bottle would be unused. Rank and file is according to the dictates of our collective consciousness; but our individual ones too. According to the preferences of taste. According to the value-judgements of our affordability. Chutney can be comparatively expensive!

The Chakra system has a hierarchy of predominant comprehensions of life. We approach our conceptualization of things around us from the groin, the belly, the solar plexus, the heart, the throat, the forehead, or the crown. Evidently, we approach life from all seven, the sense of I am; I feel; I do; I love; I speak; I see; and I understand. At issue is where we spend our predominant focus. Our over Indulgence in one is at the expense of others, and equality of distribution of energy, or focus, is not the goal either; it is in understanding that we have compassion, not just seeing, speaking about, doing something, or in our feelings. Integration allows for everything to be, and nurtures each and everything at the growing edges of not only fulfilling its inherent potential, but of becoming yet more; if it ‘wants’ to be more; understands. And that’s where the analogy of the five bottled-up containers breaks down.

Persons are not bottled up entities. They are not containers made less valuable by the amount of their previous use or the age they've been in one’s cognizance. Persons are at once everything with the potential of nurturing the apportionment of their endemic hierarchical ingredients by virtue of insight, enlightenment, and meta-cognition. No, knowledge is not necessarily necessary. Intuition is. We do not need knowledge necessarily to understand. As Einstein has it, “I just want to know God’s thoughts, the rest are details.” And even leopards can be tamed. At issue is; do they ‘want’ to be? Real change comes from within. ‘Nurture or nature’ is a long-standing debate. Yet changing our nature requires being free of our label. And no, re-labelling a Mayonnaise jar ‘Tartar Sauce’ simply won’t do, ha! Understood?
Posted by rfpentelbury at 5:08 PM