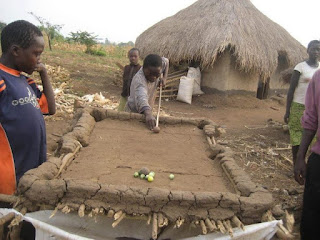 Boys love to toss stones. Girls somewhat too. But watch a boy beside the lake, the pond, the seashore, the river or stream, and it is as if some deep nature within him cannot but make quick little circles around the shoreline. He snuffs out the prefect lob-weight, picks the thing up from the bank, and cannot but hurl it as far as he can into the wild wetness of unknown fathoms.

Except for the two stones that a friend gave me; I choose not to throw those away.

Colorado has a rocky mountain height that looms large in memory. Different from the Canadian Rockies, the mountains there are like massively piled up cake crumbles in the blistering heat. One gets driven through them at an altitude so far from sea-level that in the heat of day the blood boils, and headaches and stars in the eyes are only somewhat alleviated by the air-conditioned cabin of the Honda Pilot, that, and the caring attention of a friend who knows there is not much else to be done, besides copious amounts of cool water, except to let the body adjust while he skillfully negotiates the sharp turns and the many climbs and the several switchbacks and the very hot middle of July traffic.

There is a promontory overlooking the ranges that shall always stay in my memory. It is not the glorious view from the very expensive restaurant that overlooks Longmont, nor is it the view over a distantly gleaming Denver from Buffalo Bill's gravesite. It is a place unlikely to be found by the tourist, the casual passerby, or even the locals. It was a gravel deke-out from the road, probably created by a long-time ago construction crew, and it afforded us privacy from the traffic, and after a short little walk through the trees, it yielded a stupendous view out over the valley. I sat there on a rock and breathed deep. But as wonderful as was that respite, it was not there that the two stones of which I write were given to me. They came later in the day. Or was it perhaps even the next day?

Being hosted by my friends just before I was to do my highfaluting presentation in Denver was a magically acclimatizing experience. No detail was overlooked toward my comfort. No sparing of generosity of thought and consideration was withheld in the many considerations of my needs, given the business of my pain with movement in the first place. Vehicles were swapped. Menus were planned, printed, and prepared. Wines were specifically chosen. Attention to detail and yet a casualness of comfort attended every moment. I felt privileged and befriended, not that our relationship needed befriending; we've known each other since the 60's. All the more remarkable that a constancy of care should attend a relationship built on a lifetime of stories, however long the interludes indeed were. Boulder was a place I'd seen long before, just not with him.

It is the two small smooth stones retrieved from the bank of a small rapids that my friend brought back for me that now matter. I could not accompany him, but sat beside the car and waited while he, camera in hand, set off to record a scene I no longer could get to see. And those two stones, having travelled from Colorado back here to B.C., are now a caring reminder of the enduring friendship betwixt a man such as he, and a man such as me. And no, I shall not yet lob them into the sea. Yet were I one day to do so, it would not signify any end to things, but a plop in the ocean of the ongoing currents we live to share, and are even yet to see. Young boys, or men, friendships may be given eternally. 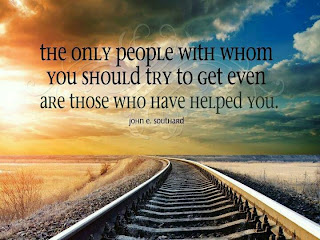 Posted by rfpentelbury at 11:12 AM