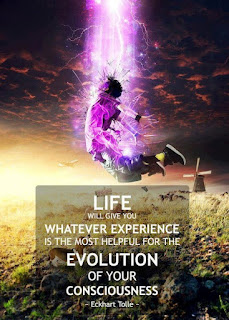 Predestination has its inevitability. If the baby does not stop its crawl toward the top of the staircase it will most likely fall. So too for the tip, the slip, the oops, and the oh-no! But for life to GIVE you lessons? My sense is that lessons arise out of situations, and that unless learned the situation is likely to arise again and again, quite naturally, until sufficient insight on my part sustains me from me yet again making the mistake. So too have I learned vicariously through others' errors: one does not want to go that route! But that some omniscient omnipotent force is actually involved enough in the tiny little specific and precise 'me' sufficient enough to manipulate the very cosmos, let alone the energy around me in order entirely to teach me, just me, a lesson? Well...

You may have plenty of examples where you think a greater force, being, God Himself, was on hand just for you. Many an angel has visited me. I am often astounded at the timing of my needing a door opened and some stranger just happens along to assist. I am often delighted at the synchronicity of energies surrounding things where friends pitch up at the right moment to help out, where an unexpected person arrives and is there to rely on, depend on. Theatre, in particular, has given me many an angel along the way, whether it be the perfect stage manager, producer, actor, costume, set builder, choreographer, or Sean Anderson. Appreciation runs deep for commensurate energies.

But today we leave on a 15+ hour drive to Calgary. My wife is naturally anxious. She has a broken foot. I get cataract surgery in six weeks. We both are exhausted. And we have a timeline to keep (which is a better phrase than deadline, ha!) At issue is the meaning and import of 'predestination'. Even between that last period and right now as I type, some five hours has transpired. I am on the ferry from Victoria, awaiting departure. In the meantime we have seen the contractor, sorted and packed and run some errands and waited 45 minutes at the ferry terminal to board. Fate would have it that whatever happens happens. Yet we administer life by so many variables in the timing of our lives, creating a scenario that puts us at one address rather than another, on this ferry rather than some other, at that point on the highway as opposed to yet some other. And indeed, whatever happens happens, no matter how much we are prepared. So if we avoid an accident, the fatalist will say it was meant to be; so too should we incur one, unfortunately. In that sense, we are indeed in the hands of Fate. Yes? But to think it predestined? To think that the black bear we may see alongside the highway was ordained by God to be at that exact spot just as we arrived for the perfect snapshot, or worse? What if it bolts into our car? What if...? God help us! Ego's claim can be strong!

Que sera sera, the song goes. It's about making something of the moment as opposed to the moment being made especially for me. When the whale jumps, when the bee stings, when I'm feeling sad, I simply remember my favorite thing is to make meaning of the moment or else let the moment make meaning of me. A tune gone wrong? Either way, that the coincidences of life should be called predestined? Well now, that seems to me like really begging the question. So many people aboard this vessel, on that aircraft, in that building, hurtling along that road. Take care! As for fate, just who do I think I am? 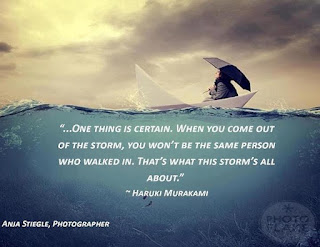 Posted by rfpentelbury at 7:54 PM