Independence may not be selfish or selfless. A predominance of absorbing, including, accreting, and gathering yet more information, however independently of large groups, of family obligations, or of another's expectations is a passage by which the product of knowing more, seeing more, and comprehending more, however, is not necessarily to 'be' more. Oh my! That sense of not being, understanding, or achieving more, with self-reflection, evolves one autonomously. Knowledge is not wisdom. Instinctually, one is meta-cognitive. (In my own vernacular) Dabrowski has it that we limit potential when not autonomously habituating ourselves in dynamic aspirations toward greater integration. Non-autonomously, we grow wider, not higher. Independently, we may gain knowledge, not more wisdom. We may be concerned with a sense of 'my growth', independently, spiritually, and not necessarily as a predominant contribution to the health of the whole.

Autonomy may not yet quite see others as Full-God-Potential; others may be seen as unrealized bits of God, developing. Compassion is felt for the messed up, confused, clownish, idiotic, mad, crazed, angelic, and bemused. Autonomy is unlikely to scoff at a Universal God concept; it is too integrative for arbitrary dismissal. Yet like other Memes, respective in degrees and grades of wisdom, Autonomy may wish that others would hurry up and 'get it'. Different from the First Six Memes (contained by the arrogance-judgements of negative attitudes) however, is the growing evaluative-choice of greater degrees of sustained inclusion, acceptance, and perceptual integrations of the stratified layers amongst the impoverished, uneducated, misled, the righteous, the fanatical, and the oh-so disparate. Autonomy seeks to include; instinctually wanting itself as yet more.

Independence of God (a Religion's God) is an autonomous thing. In the spectrums, bell curves, hierarchies, contentions, perceptions, and the human ontology of mankind we are evidently not comfortable with No-God at all. Atheism is a rank. Yet Total Integration would have it that if All is Everything and Everything is All; which part of Everything is not? Humans naturally are given to being aligned with a given body of thought, belief, moral-exemplar, and habitual paradigm. Not all. To conceive of oneself as a part of 'God' (a ubiquitous term) is 'acceptable' when we see absolutely ALL and everything else as part of that Infinite Totality. Hitler too? If not pantheistic Autonomy may even be given toward apportioning degrees and grades of 'god consciousness'. A rock is not the frequency of the cat, though the cat may be painted on the rock. Autonomy may believe 'things are meant to be'; individuals are blessed, cared for, by a named Overlord. My god! Others don't believe in prayer. Some see God as conjecture. But Autonomy allows.

To be lumped into a group, given a grade, judged, pigeon-holed, relegated, stamped, addressed and posted by another to some address, known or not, is tantamount to being abrogated from everything else, and subliminally if not overtly Autonomy does not enjoy the sense of so being culled into a club or defined. Non-autonomy, at the other extreme, likes labels. Of course, there are gradations in-between. Absolutes (nowadays) are unlikely. The chief, the apostle, the priest, the doctor, the minister are as conditioned and preferential as are the angels, the barkeeps, or even the whores. Existentially. We neither deserve nor do not deserve. We are neither by accident nor by design. And happenstance, that great collusion of time and location, is the purveyor of our ongoing successes or failures, or not. Such may be some thoughts of an Autonomous. Not all. 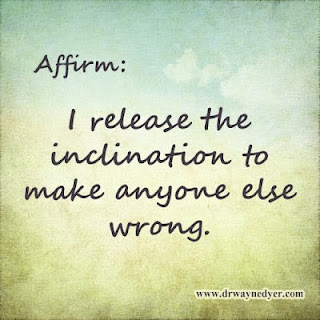 Posted by rfpentelbury at 11:50 AM