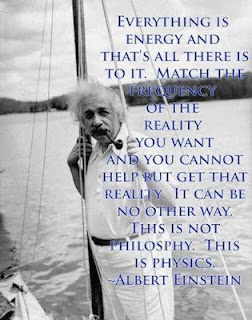 We speak sometimes of sailing as just a jaunt. What fun! But in the old days it was to go across the seas, to voyage for a great many months, and to have to take with oneself the proverbial lock stock and barrel. We are clearly creatures of needs and wants and preferences, yes, but we also are creatures of choice. And once we choose to set sail from our base of the known upon the seas of the unknown, we set in motion a whole gamut of the possible, the perhaps, the potential, and the problems. Ah, the problems.

Moving when one is in a wheelchair (and when every physical movement exacerbates pain) is a bit of a problem. Add to that one's wife having this past week hurt her left foot with a hairline fracture in the metatarsal (thanks to but a moment's misstep when waving at a friend across a gravelly parking lot) and the two of us, here in the middle of a move between apartments, are a rather sorry lot. But we did choose this move, and we did choose the time for it, and we do choose what to do with our days. So why complain?

Moving can be so exciting! Ever been on a boat and felt that first motion, let alone the slip from the shore? Ever felt the rock and clickity-clack-clack of a train, the breathing of a horse beneath your seat, the lurch of a car from the red-released-robot? Nowadays traffic lights and robots are not so interchangeable. But it is not that type of moving of which I speak; it is the interior shift from one place to another. Although the trappings of one's life, the pictures and mementoes and affirmations of who you once were, or even are now, come along with you, there is a shift in consciousness that says that THAT was then, this is now. It is a move that is disintegrating. It is a move that tends quite naturally to be physically and mentally enervating (as opposed to invigorating). It is taxing. It's a move that is exhausting. And we can give a word or two of grumpiness and complaint, even as we instantly remind ourselves how lucky we are to have opportunity to move by  choice in the first place. Still, it would be nice if the key-fobs did not need new batteries, if the painter did not need checking and redirecting, if the contractor would be on time, if the furniture would just magically appear, if the bank balance was greater, if the...

But tides do shift. One realizes that the voyage is grander and greater than the quality concerns of breakfast, lunch, and dinner. One realizes that moment by moment there is a shape-shifting of the secure foundations on which you stood to an acceptance of the fluidity of the present. Go with the flow. Let go of the identity that said you were a this or a that; the new natives, the new crew, the new captains, the new passengers on this ride see only your actions in the present. Now! Be caring, compassionate, patient, and kind. Be resilient, resourceful, ethical, and forthright. Be sensitive and aware and even generous. Be a host. Be a companion. Be a listener. Be a butler, a chauffeur, an advisor and a consultant. Be a steward and a lackey and a shoulder. Be a bookkeeper, a time keeper, a dates organizer, and be real. Oh yes, and keep up with the correspondence too. To everyone. But above all else, be a-flow with the go!

Sailing has its treasures. The trick is not to get seasick, ha!
Posted by rfpentelbury at 7:24 AM