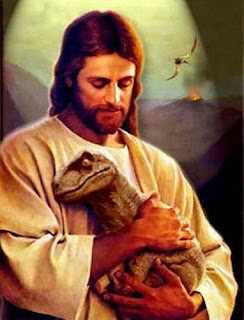 We love to reduce things to a common denominator. Icons, those images we tend to put on pedestals from St. Francis through Marilyn Monroe to Frank Zappa are as fragile as our imaginations. Given our modern age of multitudes easily to be admired and just as easily stripped of prestige and popularity, we easily can be dissuaded. Martin Luther, Jesus Christ, The Buddha, Gandhi, Rock Hudson, Michael Jackson, or Bill Clinton, we invade their lives with our questions and prying eyes and see them for what they are, were, and perhaps think they ought to be, a person. And because that person is seen in the revealing light of more completeness, we see them more and more to be just like us, good, yes, but full of flaws and lies and insecurities and vulgarities and ambitions and pretensions and hate and lust and greed and ignobility. Oh what a work of art is man! We see them for their talent and perhaps retain a respect for their exceptionality too, but their fundamental connection to being human reduces the awe history once had for the revered. We are no longer quite so blind to the hysteria and the hype and the projection and the elevation. History itself becomes malleable. We want our icons to be real.

There is great potential in transparency. We may learn less to be swayed by examples than by our autonomous insight. Clinton had great potential. Gandhi's personal life was never so revealed until the researchers came along to despoil him. What deceptions of morality did Moses, the Pharaoh, King Richard, or Mother Theresa perpetuate? There are now documentaries that would descry their sainthood. That Robin Hood was a thief, killed the Sheriff's men (who were the sons of mothers and fathers), that he beguiled, lied, cheated, and manipulated is all part of the mythology of the man who also captured our imagination with 'all for one and one for all'; or were The Musketeers absolved from such perjury? Which of us is so above the essence of being human that we are not indeed everything, to whatever degree we practice or think or entertain our thoughts and actions? Perfection is not possible. Who is unleavened? We adjust by virtue of the lessons, and we aspire to more and more awareness of the need to be less selfish, one hopes, as a result of being alert to the mistakes in ourselves, and a witness to the errors of others. Compassion arises more out of a sense of 'been there, done that' than it does from being in arrogant judgement and condemnation of those who perpetrate moral misdeeds and actions that we ourselves 'would not even think of, let alone do'. Which of us never, ever, even thought to steal from the cookie jar? Those of us who never-ever actually stole a cookie can hardly have compassion for he who did. And does it really take only having done it oneself, like killing someone, before we may have compassion for the murderer? It is not easy to forgive, unless we first forgive ourselves.

Einstein would have it that we be not responsible for the thoughts that enter our head, only the ones we entertain. Many a person, reading a biography on Einstein, the real man, may feel iconoclastic toward him too. Throw the baby out with the dishwater! But we grow in the very soil of our experimentation, our upbringing, our participation in life that so produces the flowering of our enlightenment, our perspicacity, our intuition, our intentionality, and our potentiality; fertilizer is necessary for the healthiest of plants. And so may we entertain our thoughts carefully, least we think ourselves so pure as to reduce others to drivel in the very process of moral judgements and great expectations.

Our Iconoclastic Age is at issue. We can tear down, or see us all as Just One. Hmm? 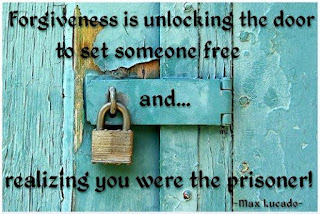 Posted by rfpentelbury at 8:27 PM