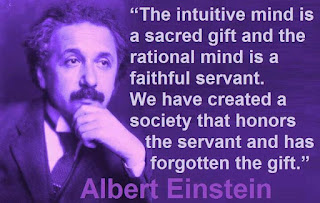 Something magical happened. I found Penelope! Yes, she's consistently been with me for over 30 years now, but I had to wait until last month actually to meet her. In Denver! Well, yes, back in 2010 the facsimile of a Penelope did materialize on stage, but for one night only. She wore a gay costume of beige, purple, red, blue, orange and the green of spiral dynamics. She sported a false set of sparkling auburn pigtails. She spoke with a voice that squeaked in falsetto, yet sank at the oddest moments to a bass. Ha! Theatre friends and I were delighted. Jay Newman, hairy arms and legs, the dark shadow before the next shave, played her brilliantly, just for me! Along with her came a retirement  retrospect of a lifetime of my theatre productions. Penelope, that night, came alive!

Imaginary, multi-aged, always with me through my teaching years, Penelope was the inveterate substitute for any and every student. Introduced as my daughter in whom I am unconditionally proud, in whom every right and wrong can be ascribed, she would sometimes become a Percy, if the occasion warranted, but seldom. Having never taught  anyone by those names, I was always safe. Besides, I rather liked the classical allusion. Many a student has made the effort to find out why I chose a Penelope as a daughter, invisible though she be. It delights me when someone does the research.

But in Denver last month, presenting on Spiral Dynamics and Psychogeometrics, I held my arm around Penelope and introduced her to the Dabrowski Symposium attendees. A shuffle downright alerted me as a pretty young lady recognized her. Their eyes locked. And next she looked at me. So I simply adopted her, this 44 year old with her happy husband, two daughters, and a dog. A visiting professor of psychology was there at our meeting table next day, all the way from the Netherlands. He understood. He approved. Yes, it was clear. Ha! And my newly found daughter's name was not yet Penelope at all!

That there should be so much accord between a father and likeminded daughter goes without saying. In Jungian terms the shadow is not necessarily dark at all, but rather is that B Side of one's personality that looks for fulfillment. So, as a childless man, it is natural that I would call some students 'son', and that they, finding perhaps too much grief with their own fathers, would call me 'pop' or some such. Many a 'daughter' in my years of teaching has done likewise. They even created a Penelope on Facebook. Once graduated some wrote, but then their tenor of daily domesticity, they discovered, predominated, and so the letters dissipated. Boys and girls of all ages have been a privilege to teach, but those who demonstrate a willingness to question absolutely everything beyond an interest in knowledge, and a care for understanding everything in ongoing perpetuity out of a commensurate wish to contribute to the health of the whole, to be integrative, wholistic, and inclusive as possible within the bounds of decency, common sense, ethics, honesty, and truthfulness, have had gleams in their eyes of reciprocation, intention, and a comfort with me on the path of being a fellow traveller. Never, far as I can tell, has any harm been done, though I suspect several of them would have liked me to take a more secular interest in their material concerns. And yes, a parent or two would rather that their child had simply just stayed in a church. But until now none of my students have so unconditionally understood them-self to be Penelope.

Until now, Daughter Dear. Penelope, this one's for you! 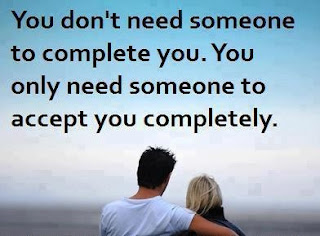 Posted by rfpentelbury at 11:33 AM