You! And You too. 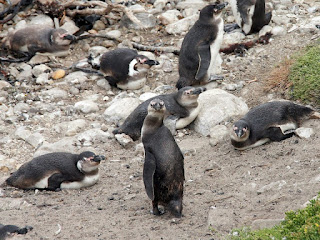 The frustration is in the immediate. The dependency on electricity, on the Internet, on the phone bills of others who caringly guard the time allotments, the projected bill-payments, and on those who hover around the proximity of a possible overhearing of privacy, all of it cuts me off from you. You. Yes, you.

Third world country to first world; what a difference! One savours the emotional feel and the intellectual images of the journey, saves snap-happy snapshots with a digital-camera at the myriad memories, and suspends the inevitable frustration with power-outs. Yet when able, one quickly pastes in the daily deluge of an essay despite quite anxiously tap-tick-tacking at the dire threat of a curtailed email. After all, when will this connection be cut off? And one feels… well, I for one feel cut off by the lack of contact and its continuity. Such is this traveller’s savouring, saving, and quietly background niggling sense of a decidedly sustained suspense.

Juxtaposition is everywhere. Over here is tidiness and orderliness and cleanliness; over there is disorder and filth and squalor. Here is richness; there is poverty. Here is a man working; there is a man begging. Here someone smiles; there someone scowls. But everywhere, there is the furtiveness of self-protection, the need to be on one’s guard.

When do we just be?

Like the bray of the jackass-penguin. It comes seemingly out of nowhere at me as I trundle along this boardwalk of Betty’s Bay, in the South Eastern Cape. That haunting haw-hee-haw sound surges from afar in a long wail of winds amongst the rocks. To my left the sea bashes up in white fury at the boulders of its boundary; to my right the slopes of sand-dunes and rock-outcrops and scrub-brush conceal the holiday village. Directly below my wheel-chair the narrow planks turn with the wooden railings, and the superb vantage snakes along the coast amongst the unbothered birds of the penguin colony next to the sea. And then I see the town-crier! That astounding bray from a bird rivets me; it is a cry to the soul. Perhaps it resonates as the ubiquitous call to the ear of mankind in the chord of a B-minor? Still, I give the experience an A+.

Comical is how they are described on the plaques alongside the boardwalk. They can live up to 25 years, swim underwater at speeds of 22km per hour, and mate for life. And they wear the burden of their years with a patient dignity, a grace of disposition, a slight pluck and tuck and nibble of necessary grooming, and then they waddle off, often like a little group of tuxedo wearing men, in a gathering of great importance toward some selected sanctum. I see them as multiple as mankind, each so very similar, yet each as unique as a fingerprint. And they stand looking back at me in the bulkily rumbling contraption of my conveyance, and then at Peter, my beloved brother, pushing from behind me with his one hand, while with the other he aims his well-experienced video-camera.

Who indeed laughs at whom?

Particular penguins seem to suspend themselves in air waves, rather than cling to the rocks. The lift of their up-stretched bodies, the outreach of their stubby arms, the uplifted foot by uplifted foot, like marionette puppets appended to the sudden jerks of their gate, and then the very intent-full purpose of their passage all adds to the sense of the colony having a place, a perpetual predicament, and a mission (despite so many being rooted to the rocks in the long domesticity of their habit.) And still, here and there, a lone sentinel keeps watch.

Just like many of us. We travel at the expense of losing the contact with others. We make new friends, collect cards, swap addresses, hope to re-connect, and plunge yet once more into the voyage. We gather up belongings, discard the unwanted, the useless, the dross and the drift of time, and we savour the valued, save the memories, and suspend the disbelief.

“Real” reality, for me, is in finding oneself in stasis; it creates a sense of the weight of time. Magic is in seizing the moment; it is as a call from an atavistic past to an instinctual recognition of the present, and it moves one along the continuum of what was, what is, and what shall be. And when I now hearken back, it is as if it all was caught up there, in Betty’s Bay, deep and haunting, in the long sea-sad bray in the age-old memory of a once much damaged donkey. Then again, that much is all for yet… another story.

Now then, if only I had more instant and frequent contact! With you. You. Yes, you.
Posted by rfpentelbury at 10:36 AM