Waiting to Be Filled 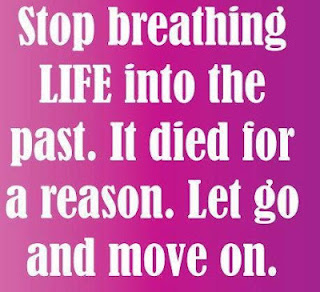 To sleep or to arise and go now? The reality of early morning alertness percolates in my brain. I am brought awake as if returning from a journey in the foreign land of sleep, and the images clarify as out of the mists of the mind i am become restless by my own comprehension. And then, worst of all, the eyes open. Regularly. And i lie there in the 4.00 a.m. Canadian dark, but begin again to hear the internalized birds of Africa. They start at the first sliver of dawn, soon after four a.m., and the initial tune-up becomes an orchestra by 4.30 a.m., when there is light enough outside to read. In Africa. But here in Canada the dark is a heavy cloak that undisturbed weighs down around the house and presses up against the windows, black and impenetrable. And in its solidness, though i rise regularly to type at this communication and await the exact minute at which i must prepare to get ready for work, i become ensconced by the framework of artificial light that i click on around me, even as i eventually prepare breakfast, and then must inevitably get into my vehicle and head East, along the top of the ridge that leans down into the continuing darkness of the valley; there on the horizon at about 7.53 a.m. to see the first horizontal crack of the dome being lifted from the earth, and light, red and orange and then yellow, begin to pour in.
We make much of different time zones. We make much of the immediacy of our lot. Like the cat that belonged to Schrodinger, we come alive only when we are observed to be observing, for until then are others, are the birds, are the elephants of Africa really not just pop-up phrases closed down under the subconscious lid of our own cognizance? Are we really on a perpetual loop, repeating and repeating and repeating our lives intertwined with other lives so that as we intersect in the multi-dimensionality of our existence we give unto that which we see an accord, a recognition, a value, a substance even, but having passed beyond we make for ourselves only an immediate past, present, and future? Does that elephant still stand in the scant shade of the Mopani tree under the blaze of the Kruger sun? Does he sleep in the dark? Does the Denman Island ferry run? Does the kanoodle-rock of God’s Bay still feel the heat of my bum? Does the life of another bruit and boil and percolate and perpetually produce and also run?
Simplicity is deceptive. It is accomplished at the intersection of a myriad molecules made manifest in a recognizable action. To one that same action is chaos, to another it is sense. And in the mind of the early morning riser, simplicity is in that there is no rest. So we meditate. We breathe deep. We do the alphabet backwards. We regret the lack of sleep. But eventually we get up and try to make the light come to us by virtue of the things we do, and in the turgid toiling of exposition toward some fruitful dénouement, we find time wasted, restructured, reframed, or perhaps made productive.
Retrospect is preferably about meta-cognition. We review the situation. We check into our dreams, our past, our journey, our present, and the now. And in so doing we bring on the light, bit by atomic bit, sliver for molecular sliver. Or does the light then in turn arise to find us, but wee bits of dross and drab, waiting to be filled with its very gold?
Posted by rfpentelbury at 11:10 AM