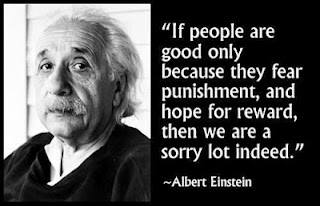 What fire imbues each of us? Why is it that in moments we are so mediocre, so average, so complacent? What is it that makes us glow, makes us impassioned, makes us reach for a Heaven even though it be beyond our grasp? How do we accept the intensity in others and yet be satisfied with its relative lack in ourselves? When do we make that essential shift that allows for what once was now to become yet something more? Wherein lies the furnace, the light, the ember that invigorates growth, potential, paradigm shifts, and the attempts at perpetuity itself? Rage, the poet says. Rage against the dying of the light.

Perpetuity. Incoherent as is the concept, it is not the stuff of stasis. For an organism to stay alive it must move, indubitably,though indistinctly, and some things even indefinitely. It is the definite end that defines life. To be alive a thing, a being, any one of us must resonate in response to the very atoms around us, or desiccate, dissolve, immolate, and die. Yet denser things do live longer, paradoxically; the fragile and specialized die from non-adaptability. The average persists longer than the rarefied. Is that why we more readily take on the relief of not having to think about our thinking, of not having to question our right to be?

Kohlberg (1927-1987) held that we are fundamentally imbued by one of eight moral precepts. Such alternate stages of thinking may well invigorate us in a given moment, but we tend predominantly to confine, define, habituate, and template ourselves in only one of the eight stages as a general continuum. As such, given Kohlberg’s levels (and par-phrasing liberally) we tend chiefly to be self-centric, ego-centric, family-group centric, socio-centric, city-centric, nation-centric, globe-centric, and universal. After all, said another 1950’s poet, weep not for whom the bells tolls, it tolls for…

And being at large in Stage Two thinking for the vast majority of us (according to Kohlberg) is where we predominantly are at. We do or do not do according to our ego-ic need of others to affirm our behaviour, existence, feelings, thoughts, intentions, habits, perceptions of life itself. So yes, I am concerned that you’ll think badly of me for forgetting your birthday. So yes, I am hoping that you’ll like me for sending you a get well card. And yes, I do drive in fear of the police.

But of the internal fire that provokes me or you to want to be yet more ~ how do I get past the need for your approbation, your approval, affirmation or commendation? How do I just do what I do because that which I do is done out of a sense of becoming a tree and not staying an acorn, being a butterfly in the making, a tadpole, a frog, a prince? And yet even more significantly, whether a lion or a lamb, how does the one allow the other just to be?

Not all of us like invigorated embers, like metamorphosis, like growth. So let us just be. Not all of us want to be different individuals. We’re individual enough. And not all of us wish to be other than we are. After all, as the good book says: Go to the ant thou sluggard, consider her ways and be… well, yes, elephant or mouse, we each have our place.

Still, how then do I improve my thinking in this essay? What fire drives me to be yet more? To be, or…
Posted by rfpentelbury at 1:24 PM