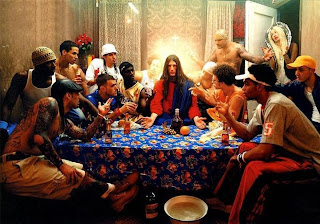 And the four multiplied until they were twelve. Do you mind if my brother comes along? Mike’s paying! Mike has invited us to supper! Where? Wombles. Where’s that? No, not Australia. Not a wombat! It’s tonight!

We gathered as a clan, a club, a group. We were the boys of PBHS. We are the men of PBHS, and we now have wives and sisters and cousins and nieces and nephews and grandchildren and uncles and aunts. The family of man, gobble-gabbing at and about the precious earth; time to give back. Give yet more? Really? No man, I’m gobsmacked.

Generosity comes in many guises. It is so much more than the evident, the obvious, the wallet. And that Mike Jablonski, in his spirit that pours out so much light, should so be enabled also to pay for our supper is not only a testament to the gesture of gratefulness, but the grace of gesture toward the testament of man. We do for others. We give unto others. We live for others. We participate and we provide. And in so doing we become richer.

Mike Jablonski, you’re the man! What you see is not what you get. Not what you get. You get not what you see. What a paradox that therein lies the real authenticity. There is no suit, no tie, no long trousers, no fancy shoes, no caring haircut, no flashy ring or watch or car or manner; there is just the man! And from such a soul as this we gain insight of that which we all are, indeed Everything. Score a point at a time; take care lest you lose nine. Shakespeare, Mozart, the Bible, the Bogs the Togs, Kris Chameleon and Koos Kombuis; real sacrilege lies only in the avowal of eschewing the value of each or either. What part of everything do you not understand? Allow for each to be, as it was, is, and evermore shall be. But nurture that which you see. Preference is all; let Judgement be. For love is kind, forgiving, does not boast, holds no record of wrongs, is ever patient, wants not, wastes not, and gives. Such is the exemplar, the knight’s quest, the grail, the star, the infinite depth of a man; the journey for us all. Now then, let us give thanks, and let us eat!

Excuse me, says Mike, would you like to have my seat?

Posted by rfpentelbury at 10:26 AM