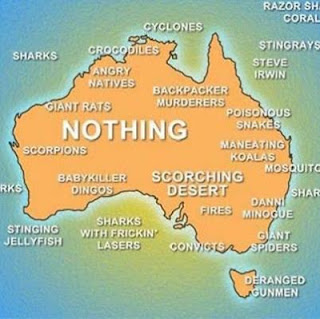 “Good thing I checked!” Nancy laughs from the back of the moving car, “I was going to spray the pesky things with this!” She reads, “Enamel paint!” Ha! “The can looks just like a repellent!”

Two flies had been with us for too many hours. We each tried to corral them out of open windows, slap them away, bash them to... well, one gets unfeeling toward flies. But at last one of them was tricked into flying out a window, right among the stark aridity of the pinnacles. “Can you imagine the story he’s going to tell any creatures he meets!” I joked. “I was abducted in this big alien machine with knobs and lights and three weird beings, and one even tried to spray-paint me, and then suddenly this port-hole opened, and well, here I am!” Ha! Yet it took us a good hour or more before we managed to get the other one out too. We doubted if they again could connect with each other though. Sometimes, life tears us apart.

M’Lady Nancy has fifteen people in her immediate family. Only two, her eldest and her youngest daughters, remain alive. If life be but moments in the transit of time, then what we make of our lives matters indeed. But do we ever make mistakes! Imagine if Nancy had not read the label! Imagine the enamel swooshed freely in the cab, all over ourselves, across the windscreen! Imagine!

Leading a full life takes on many guises. A local man in the nearby bush was a hermit; the wild fires caught him just last week. They found only his remains. But he was by all accounts a harmless sort of chap, fully self-contained, a modern day Thoreau. What if his cabin held his manuscripts, his dairies, the thoughts of a lifetime? All gone. David, Nancy’s son in law was telling me of a friend of his, Xan-Xan, who took himself off into the Kimberly Islands for two years and saw basically no one, lived off the land, meditated, came back into the world, and continued to live as a hobo. But a wise one. So David introduced another friend, George, to Xan-Xan, and George became a pupil of Xan-Xan’s, eventually followed suite, and disappeared for some 18 months. Thing is, what they learned they have not shared, at least, not accessibly, and so whatever insights they gained stayed with them. We all will die. M'Lady's memoir will be completed, no matter...

Editing takes on a very paradoxical significance. Unlike life it allows one to go back and go over and retrace and fix and amend and change and cut and paste and do it all over again. But like life editing ultimately relies on choices. Some are ‘expected’ grammar rules, if not mandated. Some are more-better choices than others. And some, if not many, are oversights. IT%S POREVN TAHT ARE BArIRN Kan RAED TIHS, so long as the first an dlast letter are connected to expected patterns. And even in editing, I am surprised at how often I've missed something. I wonder, just how many mistakes have i not made in life too, and not even ever been aware!

Life flies by. Clichéd, yes. But aren't most of our unchecked habits a cliché? It is not that the flies existed that bothered us so much, it was that they took turns landing on us, crawling on bare flesh, irritating one’s sensibilities. Dangling participles can do that to some. Maligned spacing can upset others. We each have our idiosyncrasies. But at the end one leaves on the blank ‘tabla rasa’ of individual existence a trail of where one’s been, chronological, compactly detailed, or mayhap gone blown by time’s sand into dust. Dust to dust. We make ourselves in the interim.
Posted by rfpentelbury at 1:29 PM