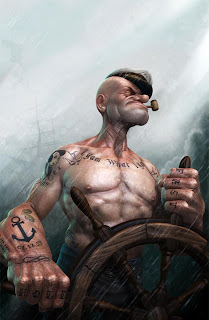 Thing is, it works or it doesn't.  Seldom do we overcome that first instinct. Worse, once we’ve made our mind up, we tend to stick to it. So we learn to weather the storms and thunderbolts of outrageous fortune, for by opposing them, grow weaker. Some things are stronger than us. ‘Tis better to ride with a storm, or to ride out a storm, any experienced sailor will tell you, than to go full sheets against the wind. You are asking to be tossed aside, turned over, and sunk. Many an allegory sinks under its own weight.

Relationships are like that. They are dependent on mutuality of intimacy between the hull and the meniscus, between the planks and the waves, between the properties of buoyancy and the principles of mass, and they work, or they don’t. Sure, some vessels are sluggish. Sure, some vessels are too zippy. To be sure, some are over-provisioned, too long tied in harbour, too laden with baggage, too demanding in upkeep, too expensive to maintain, and many do not have sufficient ballast. But a captain must be called for each, and the mate must align with the purpose, the charts, the course, the stars, the sextant readings, the galley needs, the berthings, the goods in the hold, and the quarters for the crew. Captain and first mate have an understanding, a rapport, and the vessel sets sail! “I am what I no longer yam!”

Friendships are like that. A missive like a flying fish flops into one’s cognizance and lies gasping for recognition of its needs, however momentarily. And so you pick it up and send it back into its element, asking not so much for thanks as a sense of rapport. The bird that does not struggle, the rat that does not scurry, the dog that does not skulk, the flying fish that relaxes with trust as you gather it up, these are the creatures that, eye to eye, give rapport. It is in their resonance with you, in their mutuality of some accord, in some unspoken bond that there is a magic in the moment.  “Ah, a silvered thread.”

The magpie calls at me every day in the early afternoon. He perches on the back of the deckchair that I can just see outside through the panes of the French window. Same spot, daily. When at last I turn from the computer screen to look at him he stares at me, cocks his head, and then utters this distinctive flute-like warble of an ‘hello’.  Perhaps it is because M’Lady feeds them and a human (any human) in the house will do? But he comes to remind me that he needs taking notice of, or do I imagine it? Thing is, the rapport between us is instant. Through the offices of someone else (rather than those of mine) he has learned not to be afraid at my presence. I swear that with time he would hop onto my finger and feed from the palm of my hand. Already, we have a rapport! M’Lady Nancy smiles. Chase the stray cat!

Reciprocation lies at the base of most things. Symbiosis itself is dependent on it. It is our reaction to things that creates a sense of competition, of one-upmanship, gives sense of dealing with, overcoming, discarding, dismissing, over-looking, and distaste. But response is based on a finer thing; rapport. We are in needs of having our efforts, ourselves, our abstractions and our concrete materialization met, or we feel the other’s disinterest. And we cannot float if there be no water. We cannot conspire if there be no air. We cannot dance in accord if there be little mutuality of rhythm. We cannot communicate if we do not accept that the semiotics of the body, the intentions of the spirit, the abstractions of the soul, and the imperfections of semantics are part of the rapport that is the lifeblood to sustaining a relationship.

Friends keep persevering, if nothing else, than by a glance through to the window of the soul. The ones I remember, with whom I resonate the easiest, are the ones who maintain a rapport. The rest are but as vessels left in the harbour. And ships were meant to go out to sea. Come, let’s weigh anchor. Aloft, ho! 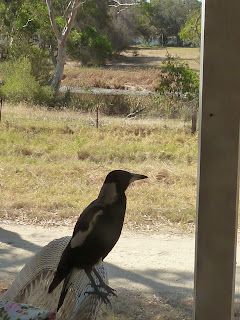 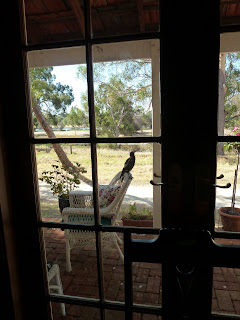 Posted by rfpentelbury at 1:32 PM