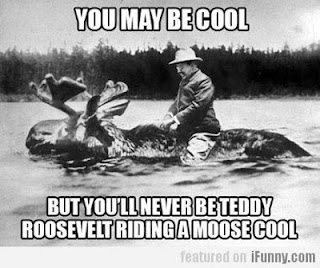 “There is no such thing until I see it!” My South African mother, back in 2001, was sincere. The Canadian moose to her was a hoax! Today, Saturday 23rd Feb., 12 years later, I used the memory. “Kangaroos? A tourist trap! To get people to come here, ha! No such thing!” Well, that’s because in a 5 hour drive through “Roo” country, albeit ‘when they are sleeping’, there was not one to be seen! And no, I don’t recall ever seeing one in a zoo.

We drove up north from Guilford (near Perth) through Bindoon (‘How-ya bin-doin’?’), then through New Norcia (with its 1846 Benedictine Monastery), then west to Moora, north again up to Watheroo, then to Coorow, Carnamah, and finally reached Three Springs. The Mercedes purred. The comfortable silence of our camaraderie at times we enlivened by animated conversation. Strange place names! Fascinating history. Amazing vistas. Nancy, daughter Linda, and me; driven by the luxury of modernity through a country as ancient as time. Beautiful, stark, arid, hot, verdant, desiccated, surprise-ponds, wealthy looking farms, dilapidated and deserted dwellings, striking facades, steam-engine railway road signs from another era; what a treat! And the light! Illuminating unfamiliar trees; unique as new persons.

David, Linda’s husband, awaited us at Three Springs. A 13 room boarding house, the place itself was not sure if it was a bed and breakfast, a motel, or a refuge. Certainly it exudes Australiana; a rustic charm of country decorations and dried flowers and great service and tremendous hospitality. Linda and David have owned it for seven years, transformed it from an ungainly rest-home into a sprawling ranch-house of multiple nooks and crannies, each bedroom individually appointed, and a new art-piece to be found at every vantage. The covered-courtyard-garden as well as the ‘sunset-deck’ was an absolute treat! And the meal was delicious, elegantly casual; the friendship and accord easy. No wonder people return!

From the Order of The Good Samaritan, Sister Anna was a seasoned woman we met at tea time. Attired like any ordinary ‘Stralian (except for her little gold cross I suspect she always wears) her handshake was rather vigorous. (Without my wheelchair, and since I’d just removed my soaking-hot neck-brace, I guess I looked like a man who could take it.) M’Lady Nancy, Linda’s daughter, she’d met before! The sister had been coming back to Three Springs for several years! Her mission in the far-out country up north was to provide for the isolated and the unfortunate. A remarkable woman; impassioned with the sensibilities of her faith! “The Good Samaritan stopped his mule,” she explained, “helped the maltreated man onto it, and got the local innkeeper to assist. Who are you? Four components are vital to the story, the Samaritan, the mule, and the innkeeper. And then there’s the unfortunate one too! Now then,” she asks rhetorically, “Which one are you?”

Much later, just after dinner, two teachers walked in, and introduced themselves as Trish and Brenda. Helping Sister Anna. From New South Wales. ‘Been there?’ They asked. “Sidney; Blackheath; Glenorie. For three days only.” ‘Well then; you know the country!’ They came here from there for the summer to work; to work with aboriginals, to get some experience of a different part of the world. Their husbands permitted them to go! (‘Allowed’ was the actual word Brenda used.) And they chatted amicably about what great friends their husbands are with each other. And of their work. They felt they were having an influence on the people out here. But lasting? Indeed, we must have faith. Even if we do not see it.
Posted by rfpentelbury at 2:11 AM