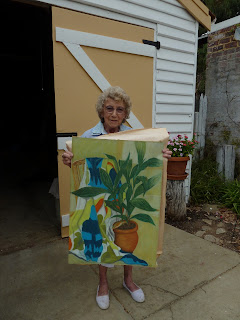 There are no accidents, only lessons. Perhaps that’s why I caught M’Lady, at 90, half way up the ladder to the ceiling with a light-bulb in her hand. The kitchen-counter-light needing replacing! She’d got a step-ladder and set it all up without a word to me, working in the adjacent room. But I rounded the corner and there she was, discovered!

Changing light bulbs is one thing. Being illuminated by discovery is another. The sheer magic (and real irony) of today was yet to happen! I replaced the bulb, folded the A-frame (a very lightweight aluminum), and took it back across the steaming lawn (after the morning rains) to the garage, Nancy following suit. Barefoot; the pavement already threatened to blister. The air was muggy. Sweat broke out with the slightest effort. She undid the latch, swung open the big stable-door, and led me inside the gloom. “It goes over here,” she said, indicating a bare spot against the wall, amid hangings and brooms and implements and baskets and trunks and... “What’s this?” I asked, noticing the edge of a painting sticking out from what looked like a bundle of old masonite-boards. “Oh, I used to paint,” she said, “about 30 or so years ago. I’d forgotten about those!” And judging by her reactions as we undid the old leather straps and unwrapped the filthy black plastic from some 18 or more paintings (along with three huge portfolios bulging with drawings,) forgotten about them she really had! “Some were done in the art class I took, when about your age,” she smiled. Now, after 30 years, they were again about to see the light of day!

Actually, some of them are magnificent. We took them all out, brushed them down, and photographed each in turn. (Appended to this essay are some for your viewing!) The sheer creativity and diversity of approach is what excited me, work for work, as well as a most effective use of chiaroscuro, of perspective, and of subject matter. These were no dabbles; they were the work of a seriously talented artist finding her way with a medium she was only beginning to explore. But then she lost her husband, both her sons, and..., well, living life got in the way. Yes, on the roster of Nancy’s hobbies and interests there are some sixteen different fields in which she has accomplished diverse things, from being captain of tennis, of hockey, and being Head Girl at High School, through to... but it is her art work we focus on here.

Multi-talented people have a curse. It is that they cannot be ‘the best’ at any given thing, nor even improve to their potential (that they feel deeply inside) due to the lack of time they tend to invest.  They do too many other things! Worse, well meaning subject-matter teachers exhort them to do better and better in the field in which they are ‘discovered.’ You could be the star of the show! You could win the math prize! You could be on the swim team! You could be a soccer star! You should do more with your musical talent! And children of such ilk learn to sublimate their gifts, to pull back instead of going forward, to play down instead of up, and eventually even to succumb to feeling that ‘most everyone’ else is better anyway. (At least, that’s what my post graduate thesis asserted, and seemed to prove.)  It very much manifests itself in the likes of Nancy, “My three brothers were all so brilliant, so gifted, so accomplished. Not to mention my Daddy! I never amounted to much.”

The sheer enjoyment of being better than we ourselves were yesterday is not easily won; we compare ourselves to others. And always there will be lesser and greater persons than ourselves. Desiderata has it right, above all things else, be gentle with yourself, you are a child of the universe, no less than the trees or the stars. Thing is, all our products are but a reflection of the moment, and clear reflections depend on our enlightenment. That much was proven at dinner! The house went suddenly pitch black! A fuse? No, the whole block was affected. And as we sat there in the dark on this very day of other enlightenments, illuminated by candles, we intuitively knew that enlightenment is not a question of how much, but whether there be any light at all. 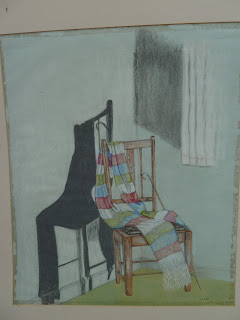 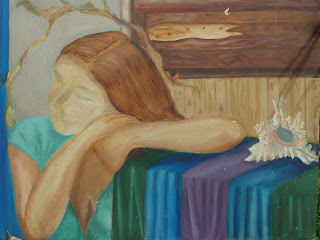 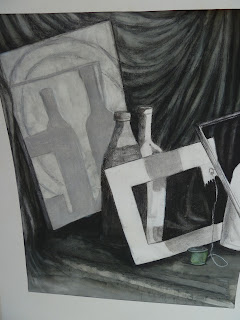 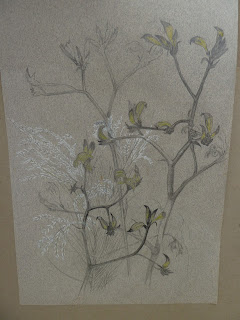 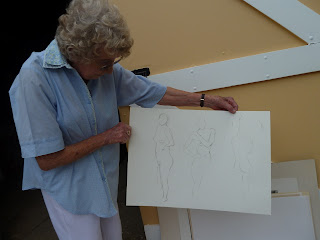 Posted by rfpentelbury at 1:23 PM