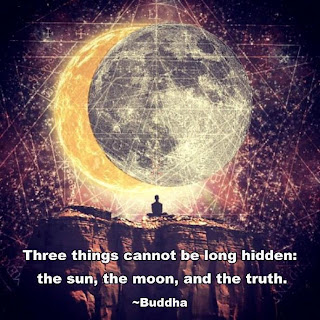 Either-ors are difficult to handle. Dichotomies do that. Bad and good. Right and wrong. Mustard and Chutney. Red and white. Wrangle or dance? Which part of everything is not?

Preference would have it that we have choice between the two. Wayne Dyer has it that we are either practicing love or fear. Others have two-fold templates too. We give or we take. Semantics will lead us as if with a key to the secret; and on opening it (turn right, or left?) we expect to move into a paradigm shift hitherto unseen, unrealized, not yet experienced. Thing is, there is nothing we have not yet in some measure already realized within ourselves. A baby goes from gurgle to grumpy in an instant! It is the ability to govern the reaction that makes us sophisticated. It is the ability to include, assimilate, absorb, contain, and direct the instinctual, the experiential, and the spontaneous. In other words, skinny dipping with another is one thing, but determining where one’s boundaries will begin and end is quite another!

Actually, M’Lady and I were talking of the war. Of the very many wonderful young men she met in the war. As well (to cut to the chase) that decisions had to be made as to exactly what ‘dates’ meant, what chastity was worth, and what the temptations were in a period of great anxiety for all. So many that she liked, really liked, went off to die; and they did! That very many men were starved for female company, that she was a distinct minority on the wards, or on ship (only six nurses on a whole troop ship,) and that men wooed, fluttered, flattered, cajoled, wrote and loved her was par for the course. But only once did she have to slap someone! The times then were different. The mid-40’s had an air of ladylike dignity about them, and the men were dashing but temperate. But the youth of today, well, they hardly can ‘save themselves’ for marriage! (If you know what I mean?)

Chastity is not necessarily about innocence. Neither is it necessarily about a lack of warmth, care, interest, reciprocation, and even love (in Platonic terms). Chastity is about responsibility. It is a sure awareness that your actions have a greater impact on the whole than your immediate interests are inclined to feel. Many a nurse fell pregnant, was disgraced, and had to marry. And then too, there was in those days very much more a care for what one’s parents would say, never mind ‘society’!

We speak of Kohlberg. He came up with this theory that we habituate ourselves from a level akin to our predominant practice of one of eight stages of consciousness. Sure, we have all eight stages to choose from, but we tend to revert to the one that feels most comfortable for ourselves over and over. Like the criminal who, despite having been jailed, will do the crime again. Like the strict self-disciplinarian who, though sorely tempted, will not cross the line for fear of the consequences. Like the over-concerned child, kin, or spouse who will not traverse expectations for fear of hurting or disappointing their loved ones. Like the boy or girl who will not spit or swear while in school uniform (or anywhere else) for fear of misrepresenting a larger group. Like the proud citizen who goes about driving, cleaning, contributing to his own City. Then there is the one who predominantly serves his country. After that most things are done in terms of serving our world. And finally, some, predominantly, mostly, actually think in terms of serving the Universe. Eight stages! And yet Kohlberg maintained that the vast majority of mankind operates predominantly from stage two. A kind of: “How does it affect me? What’s in it for me?” What's my response to the ridding of Me?

‘Saving ourselves’ has incredible significance. Seen multi-dimensionally, it is not about the product, but about the process. It ensures with a certain confidence that what one is about to do, indeed, what one is busy doing (!) is right for all and everything. Now here’s the rub! A self-righteous Devil? Or is it an Angel?
Posted by rfpentelbury at 1:11 PM