In the Blink of The Brain 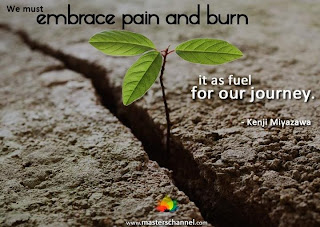 My friend wobbles. But even so, his being beams with light. From my car I watch as he hobbles away toward the doors of the Victoria hospital for stroke-patients. His twin walking sticks make him an unstable dinosaur with pincer-like forelegs. My head shakes with certain sadness for the man who, twelve years my senior, in the old days easily trounced me at tennis and squished me at squash. Ian Dallas, my mentor, reduced to this stumbling gait yet with little talk of the last time he could drive, or bike, or write, or hold things with which to eat easily, or… now dependent, stroke besieged, and focused on attaining the momentum of the now. But still, as he pauses momentarily to stoop slightly to see today’s headlines on the newspaper-sales box at the entrance, he beams with light!

April 20th, 2009. It was the last time Ian knew life as it was. In one fell swoop he saw the floor come up at him and knew his life was about to be different. In the blink of his brain he knew something was dreadfully wrong; he’d abruptly lost a whole side of himself. How many of us have that clarity as we step from step to step? We progress in a seemingly seamless rhythm of seconds ticking us toward the inevitability of the last step we’ll ever take, or do we? Yes, there are the seminal events: the graduation day, the acceptance phone call into a vocation, the marriage(s), the major mortgage signing, the vacation day, and even some grand evocations of bliss, but we take ourselves along with them, stay in the same vein, as it were, simply changing our clothes. But sometimes the brain does blink. It is a subtle if not rude awakening to a new life. As for Ian. In that moment of the fall he knew his body was changing, that he no longer would be the same.

With no sense of depression, no sense of being wronged, no sense of anger, denial, victimization or even of anxiety, my friend walks his talk of being in the moment, of going with the curves and the signs and the limits of his new existence, of accepting and integrating and accommodating the exigencies of his new challenges. In the blink of his brain he knew that the alternatives might be a spiral into the morose self-absorption of the physically oppressed. For his entire right side no longer worked. The blood clot had killed off functions of balance and dexterity. Thank goodness it did not affect his speech or cognition. That’s why he now from his apartment can reach the bench that overlooks the glistening inner harbour and have strangers like “Bill” sit and tell a life-story. They talk for an hour without finding out that Ian has any condition at all. It is not that Ian disguises his malady; it is that most brains do not blink from their pathway in the veracity of their own lives. And when Ian is with them I’m sure that he beams. Acceptance is all the grace he needs. No limits to the reaches of…

The ten year old Mercury Cougar wobbles ever so slightly. I glance at the speedometer. We’re flowing around a long bend at 176 kilometres an hour. This is the blink! The brain realizes how foolish, how wrong, how futile the risk to rush at the long road home in order to save minutes or hours that may never be regained in any case, especially not at this rate! And the Cougar wobbles again, shudders slightly, as I release the pressure on the pedal and settle back to the posted speed limit. Acceptance. We all have our limits. It is as Ian says, “I am what I am”. Moment by moment. Blink for blink.
Posted by rfpentelbury at 9:23 AM