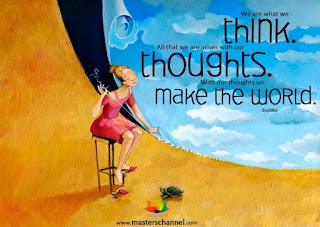 She made her choices. I make mine. You too make those choices. But you and I tend to make our choices in a smudge of our own personality and character, whereas hers were explicit, intentional, in deliberate juxtaposition and counterpointe so luminous that each person she instantly became was isolated in the very anxiety of their momentum. Huh? Yes, I’m speaking of Alison Lewis in her multiple roles (16 or more) in last night’s performance of Fully Committed at the Arrata Opera Centre. And though clothed in the same garb and standing within the same space from beginning to end of the 90-plus minutes, Ali instantaneously transformed into each essentially self-serving persona on the other impatient end of her frantically busy restaurant-switchboard line. Ali’s performance was an incredible feat of mercurial choices, slid in-to and out-of with the ease of differentiation that brought each character, gruff, rough, sweet, cruel, abusive, patient, loving, narcissistic, selfish, controlling, pleading, insecure, vulgar, and tender to a heightened sense of reality in which one sees but parts of the self; mesmerized as we were with the stunning performance of an exceptional artist. And you and I too make such choices. We indeed are everything as we respond to life. It is in the predominance of our attitude that we are most recognized. It is as the famous Anonymous wrote: “I am convinced that life is 10% of what happens to me, and 90% of how I react to it.”
Well, we react with a certain sameness that is our VBEAT. It is the stuff of our Voice, our Body, our Emotional Energy, our Age, and our Truthfulness. But our choices tend to be somewhat reactionary; we become bit by bit surely and inevitably older; we generally do not indulge ourselves in meta-cognition, in the psycho-geometric shape of our personality, in the spiral-dynamic proclivity of our character, or in even in the atavistic impulse of our collective evolution. We just “are.” Huh?
When Ali Lewis transformed into the personality and character of each her compatriots she took into herself the essence of the predominance of choices that defined that character. It was as if she were becoming a You, or a Me. What might she then choose to define us? How would she see us? And in taking on our voice, body, emotional energy, age, and temperament what might not be revealed to us, ourselves? Would Ali’s vulgar and chauvinistic Cook alter if he saw himself through her eyes? Would her co-worker become more considerate? Would they make a different choice leading to a new habituation so that they might evolve to a new paradigmatic proclivity of innate choices as easily slid in-to in the moment of reaction that defines the self? Again... huh? Well, we are what we think. We become what we make of ourselves. We evolve basically into the field of our habituation. And we generally determine our lot by the degree of satisfaction with who we are. And there we stay.
Staying in one place; habituating the self to a steady stream of non-threatening choices; becoming the person that we see of ourselves, that others see more of than we know, that we know of ourselves that we don’t let others see at all, and that others and ourselves have not yet even discovered (to paraphrase from the Jo-Hari Window template) is all about the choices we make. Ali Lewis made brilliant, effective, luminous, insightful choices about characters that popped to life with all the vitality of a person bursting into one’s consciousness. Amazing! Amongst them all, who might not indeed be you or me! Bravo, Ali !
Posted by rfpentelbury at 8:07 AM