The Words I Wield 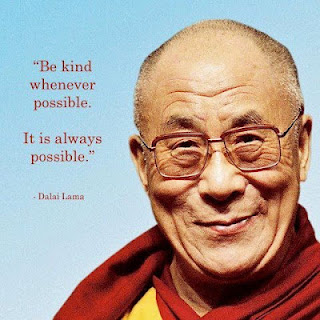 Zulu Winter's song title hereby acknowledged, there is a certain magic in words. The tongue has no bones yet its muscular strength is such that it can strangle a heart, disarm a rival, cut down another's pride, and easily deceive. But perhaps it is silence that speaks the loudest. Like the proverbial elephant in the room, silence over issues, and silence over another's passions, and silence over another's missives, and silence sitting still in the theatre of life is sometimes the hardest silence to distill of all. We are essentially reciprocal beings. Our eyes gleam with response. Our chemistry dances, or not. Our bodies turn toward that with which we agree, and however subtly will deflect that with which we do not. We do not necessarily need words. We do not even have to write back. Even across vast distances, as ephemeral as string theory, or the quantum flip of mercurial counterpoints, there is a thread in the tapestry of our continuum that is apprehended, subconsciously, overtly, or perhaps not at all. Even the scoffer has somewhere, deep down, a consciousness of this. Or else why silence the dismissal?

Words can discombobulate. They can invade the interstices of the made-up-mind and slowly, or perhaps even immediately, obfuscate the paradigms of the heretofore. So too may our perceptions. It does not always take education to understand another. It does not necessarily take fancy concepts or esoteric meanings or ontological word-smithing. It takes our own perception. For instance, Emails addressing me by my first name only (a convention dispensing with the 'Dear') I construed as coming with an annoyed tone. As in: Richard, eat your vegetables! Or: Richard, I told you not to wear that tie. Rather silly of me, I confess, and I've worked away at hearing the peremptory when seeing such mail. So I put a voice to the addressee, and I imagine them being loving, caring, kind, considerate, well intentioned. The problem is never someone else's; the problem is neither outside nor inside; the problem is only in my insecurity, in my inability to be larger than the moment, in my lack of integration, absorption, assimilation, inclusion, and understanding. The problem is most assuredly in my limitations of perception.

Make your word impeccable. It is the first principle of The Four Agreements, by Ruiz. It is not easily done. We use words as tools. And our silence we can use even more so. In the meantime, there is all the misinterpretation of the perceptions. The famous word one uses for example is 'house'. We each have quite a different picture in mind when hearing it. Now extrapolate the concept into 'bottle', 'cake', or 'love'. How about 'dearest'? With what power do we not wield words? And who but for the grace of being understood do we not beg for reciprocation? Ever been in a foreign country where your own language sounds like bird-twitter? Or is it theirs that makes for a monkey's chatter?

Simple words. Honest words. Straightforward words. That's what Hemingway would have advocated. He shot himself. Where is there a paradigm that is not phallacious? Why can I not use that spelling? Language itself changes and adapts and measures the progress of mankind. Imagine if we never invented Anglo Saxon. Imagine if we never interfaced. Imagine if our words were utterly silenced and we were able to transfer our very thoughts. Ha! What difficulties of reception might we then not engender? In the meantime, I send these words to you, my dearest friend, with all my love. Received?
Posted by rfpentelbury at 12:32 PM