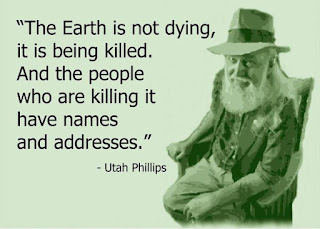 Man treads heavily. Generally. My wheelchair registers every movement on the floor. Though I have my head bent down and my eyes focused on this typing tablet, my iPad, I can tell when someone is coming alongside, when someone goes past. I can tell when mankind is on the move. Probably because it's not a concrete floor. But if you've ever sat in one of those armchairs on the second floor of a great big modern day mall, you'd feel the earth shake under your feet too. And any three hours of sitting still in the small cramped lobby of the run-down Parks Inn Hotel, on West Broadway, Vancouver, known as hospital mile, will do it to you too. Awaiting an appointment can seem an eternity. Or, one can simply haul out the iPad, and type away.

Mankind seeks distraction. We live so very long. Each new thing gives us some temporary relief from the endurance of the regular, the obvious, the mundane, the daily, the continual. We choose surcease. We choose thoughts of or time with our dearest friends. We choose distraction! Our eyes flick this way and that in a seemingly endless stream of processing information about whatever it is that is going on around us. Eyes, ears, feelings, touch, even taste filters at our senses as we move in this great sludge of mans' meanderings, burgeoning, beleaguered, and lethargic, unless we make our inner mission that of the sprite, the fairy, the princess. But it is not readily apparent what it is exactly that we seek; other than instant relief. Real life in the mass, i fear, is a moribund morass. At least, that was my impression while sat there, over three hours in that lobby.

People were generally depressed, sad, hurt, annoyed, aggravated, short of temper, impatient of mood, and picayune. The energy it might take to find even where the elevator was was too much for some. Many wanted everything explained, or done. Some needed to tell the clerks their story. One man needed, it seemed, to hold forth on his telephone in a most controlling manner about his sales' deals, apparently to impress all and sundry. Some queried their check-out bills. Many queried their late check-out possibilities. And through it all, the clerks at the desk did their best to repeat the same answers; each person asking what was, after all, asking for the very first time. But compassion fatigue does cloud over. The sheer volume of persons in some need was staggering. Artificial limbs. Wheelchairs. The blind, the deaf, the mute. The infirm. The obese. The non English patrons. The filthy. The depressed. The woman who was crying who came in with her daughter. The man who was angry. The polite woman. The man from another business up the street just there to promote his own business. The hotel maid who needed something for room 308. The staff. The burly bell-hop with his big trolley all scratched and scarred from years of service. The few moments of silence. And then the phone would ring. And just then a new person would walk in. And the whole cycle, as if in a whirl of the mass of mankind, would again begin. But, yes. Some smiled.

For all the light and air and sun and beaches out there, somewhere, there are far too many dismal lobbies, like this one, servicing the unhappy. While the need for them is evidently great, indispensable even, it strikes me that life simply isn't fair. For all the wonderfully generous and caring people out there, there is also this: the very evident lives of not so quiet desperation. We tread so heavily upon this earth. Inconsiderately. We move about with great unfairness to each other, to us all. I am bumped! How very relieved I shall be when I am fetched and whisked away. There is little outer release for any one of us from the pressure of being within the mass of mankind; but within, who would not choose the route to Innesfree?
Posted by rfpentelbury at 9:44 AM