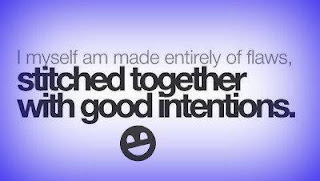 When the message came, it felt devastating. "Locked out. Genius removing library. Go to the original apple." Or something like that. One pays for one's sins. Yup. I watched my iTunes on my home computer screen pack up, fold down, and shut me out. Over the next three days I tried to reload, without any success. After shutting down the computer entirely, rebooting, logging in, and then attempting to reset the password for my iTunes library, it told me that an email has been sent, instructing me what to do, about ten times over. But no such email ever came. Phone calls to Apple command headquarters got me automated responses. Eventually, late Sunday afternoon, to the mechanized voice's every query, I kept responding with, "speak to operator" and at last got a Canadian. "Three options," I'm told after repeating my i.d. and other personal details about five times to verify my credibility; "One, they'll send me an itemized email. Two, they'll fix the problem with me, now, for a $35 charge. Three, I can pay $79 for a warranty for my..." and I blurted I'd take option two. Fix it now! That's my style. I sometimes blurt things out. I sometimes make rash decisions. I am fundamentally a risk taker. It's why I once jumped a ship, escaped a country, and made my way to this point in... But that's another story. Point is, I can sometimes make an impulsive decision that costs me dearly. 'Aphrodite's Child' was the problem. It was a song I wanted to find on iTunes since my dear friend, Mike, had played it for Justin and me on the way to the airport back in Sydney, just this last Tuesday. It'd had me thinking about my dearest friend I was leaving behind, about M'Lady Nancy, about Simon and Anthony, Mike, and good old Rob. Good song to get. But the album was nowhere to be found in the Canada iTunes store. So, I looked further down the home page, saw that I could choose which country i was in, and just, simply, quickly, innocently, clicked on the USA icon. In Oz, after all, I'd got some tunes directly to my iPad! Why not from the USA? And that's when the world came to a grinding halt. My whole music library, at almost 500 CD's, disappeared into the infamous iCloud ether. And nothing and nobody was about to bring it back. But eventually I was shunted on to Glenn, in Texas! Between my banter about his and my locations, and about my having once sailed off Brownsville, 1982, he tried every which way to sort out the problem. A gentleman. Most considerate. But it became dinner time. And then too, i had to leave the city for the weekend. I asked him to call me first thing Tuesday. He promised, gave me his apple contact email. And he was able to get Apple to email me, so at least I had some connection. Yet it was just after dinner, having mulled things over that Glenn had prompted, that I came to terms with the machinations of such unforgiving machinery. Everything had first to be checked and verified at source, on my iPad, and only then on my personal computer. iCloud contact needed verification. My dearest music presided there! Then my iPad needed resetting in its course. Only then did my computer accept reclassification. Next my back-up (a three terra-bite model of memory) needed rerouting to the new easily heartfelt password, and... Bingo! Life again was on track! Thing is, one can pay very dearly for hasty, misinformed, uninformed, spontaneous decisions, moves, attempts at instant gratification. I should know. Been there, done that, far too many times. Like a bird bashing windows, over and over again, when will I learn? Thing is, take one's time. Choose carefully. Consider the alternatives. Ha! Go with care!
Posted by rfpentelbury at 1:24 PM