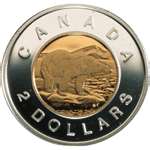 We give relevance to objects way beyond their intrinsic value. "It's illegal to tamper with money," my old East Coast friend laughed. Visiting me here in the West, he reminisced about the TV spot he once did for Canada's 'tooney', a flashy coin like a silver doughnut with a centre of gold. The host kept trying to break it apart, dropping it on the floor, and smashing at it with another coin. "Broken apart, it'd make an interesting pendant, eh?"

The symbolism of things emerges into the consciousness, subtly, or not. This morning another friend posted on Facebook a powerfully lit image of the Jefferson Memorial. I was instantly transported back to an uncomfortably sweltering week in the year 2000, where the monuments along the esplanade of the Smithsonian as well as many other artifacts dignifying historic events symbolize what it was that now is no longer; stand outlined against the test of time. I still recall taking photos of a working carousel, since I was then directing the show back in Calgary. Amongst all those artifices and edifices those painted wooden horses are still the first image that comes to mind when I hear the phrase, Washington DC. We identify most with personal significance; at least, I do.

The issue of money-tampering came up just yesterday. I'd met my old theatre-friend at a local coffee-house after several years of him having relocated to Nova Scotia. Yet the recall of the half-crown emerged into my consciousness just this morning. Where would the other half be? Why was it cut in half and the pieces shared, presumably? And just how long ago was the significance of the act, the thing, given momentum in the memory before its value became lost, literally and figuratively? Does the symbolism we give to things only signify while there are those of us around to remember? Ozymandias would certainly concur. Significance is very much in the eye of the beholder. Children, looking up at statues, may well be caught up in their artistry, but the history that brought about the object or edifice in the first place is hardly relevant or comprehensible to them at all.

Esoteric, symbolic, sentimental, personal, subliminal, and even secreted away, some things resonate beyond their evident value yet are easily discarded by another. A little brass owl, a small china dog, a pendant on a chain, an album cover, a bullet casing, a railway spike, a glass bubble, a model car... Why hang onto them? Yet the memories they evoke, like statues in the park, stand out against the daily passing-by of life. For some of us, for those who remember, for those who relate, personal things are the touchstones of a time gone by, the objects of a story, even if much of one's own making.

Edward the Seventh and Wallis Simpson split The Crown apart. Or so the British Empire assumed. Yet their love lasted beyond the immediacy of expectations despite the very many trials their lives endured. And though they each had a portion of what was once whole, their choices lay in their pledge to each other right to the end. Their crown was their undeniable love for each other. Each a half. She died a mere fortnight after he did.

The other half of the crown? It is carried in my heart, now that I know that another half of it has emerged, if not literally, then certainly figuratively. After all, forever bonds would have it just so. A piece there, another here; they remain halves conjoined long ago.
Posted by rfpentelbury at 6:59 PM