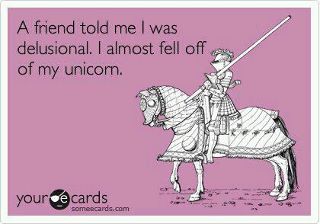 Old and unused, he lay down in a pasture and stared out to sea. Problem was, he was not dying; he simply had no quest. The grail, having been found, was in letting others be, and in so doing he no longer needed to tilt his lance at dragons for them, real or imaginary. He had once sailed ships to distance lands, taken airplanes above the clouds, plumbed the belly of a submarine, clambered over islands. He bruited the bandy of battle before an army of the righteously minded. He even led the charge into disputes over unfairness and cutbacks and waste. But now, aching in every joint and jarred by the slightest of bumps, he lay back in the comfort of the west coast's winter of green grass, soft rains, warming sunshine, and breathed deep. He wondered what came next.

Problem was, he was not dying. Leastways, not before his time. And though old, even for a sexagenarian (which doesn't denote what younger folk think it connotes), he found his very immobility to be hampering him from the old reach of his influence and his inclinations. He once had directed scores of players to realize their potential on the stages of life. He once had taught thousands of younger folk that they too were but integrative beings becoming more and more accepting of the whole. But then his time of fruition passed, and given the disarming dissolution of his energy into the burning of his very bones, the enervation became too demanding, and he found himself surpassed by the invigorated, by the younger, by the eager, and by the recent. It was time to take his old black steed (for not every knight sits astride a white horse) for one last ride down the corridor of his command, and to leave it there for another to ride. He was whisked away, it seemed, to the pasture where he now lay; nobody's knight not easily reached by any, any longer. The quest of life now needed redefining, new scope; the last great voyage.

His newest venture lay not among others. There were no more souls to impress on a regular basis. Once in a while a passer-by would stop to chat, and though the lessons were still brimming in the old knight's intentions, the visitor had come not to hear them, but was more interested in the immediacy of weather, health, and the accouterments of the present than in a past for which the knight was once known. Indeed, without his suit of armor (in the familial eye of past beholders) how would anyone know that he was still a knight at all? And now that he was retired, when someone asked what it was that he'd done with his life, his answer came out in a phrase or two. The old profession of Caring, Compassion, Courtliness, Frankness, and Fellowship, that quintessential pentagonal of virtues that emblazoned the quest, was glossed over as though a shield of history, 'his story'. Dynamic mind-shapes was stuff of the past, rather than the present. His armor now lay aside, as though left to rust. His pennants of victory were buried in a box. His trophies of attainment lay packed in rags. Nobody knew the knight for what he was, so he was left to work on what he had become. He certainly had to work on what he is.

In the long passage between birth and death being defined by what we do (particularly if that 'doing' be colorful, noticeable, productive, involved) it is difficult to see self-worth in now doing little. Watching. Difficult merely to hear oneself breathe. Ducks bob. Clouds, like new dust-bunnies, waft across the sky. Waves ripple. Life gives no direct purpose for old knights. Then again, the grail, having been found, was in letting others be. And with a smile he saw thereby that it was for nobody else than he to take responsibility for his letting himself be. Now he writes, sometimes, to thee. Nobody's Knight, but me.
Posted by rfpentelbury at 8:00 PM