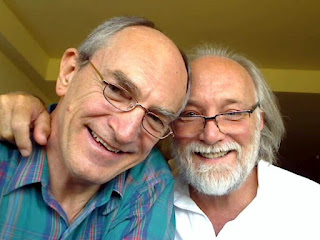 Charity can have a far reaching effect. When they emerged from the heavily laden car that drew up in front of my Pretoria poor-house neighborhood, back in 1966, I knew instantly that I was in trouble. There was a squeezing sensation I still get in the spine that signals that I have crossed a boundary. But my mother, bedridden though she was, was courteous, expressed gratitude, and as I recall it, even confessed to shame at her impoverished condition. And after the mattresses and the bedding and the clothing and groceries and the household products and even laundry soap had been brought into the house, my new school friend and his mother and his five-year old baby brother were for an instant all crowded in my mother's bedroom with my two younger brothers and myself, giving greetings and reassurances that their charity was really nothing. And then they were gone.

"How dare you!?" were the first words my mother yelled at me. I'd made the mistake, contrary to her explicit instructions, of telling a school friend of our rather meager living circumstances. And with my mother's shame came her anger and her making me promise not to maintain the friendship. To some degree it must have worked, for I do not recall having overly much between my charitable friend and me after that magnanimous moment, despite another three years of his being in the same school as me. In fact, in our penultimate year, he disappeared, and I did not hear from or about him until...

"You could have knocked me over with a feather..." were the first words I received by email, some forty years later, just over a year ago. We both had changed names. And so our communication, our friendship, once again was opened. What's more, he came up from the States to visit me in Canada, and re-introduced me to that younger brother of his, a man now fifty years old, who happens to live all of only 40 odd minutes up the coast from Victoria. Small world; big Facebook. Connections, having been resumed, remain a constant tic-tac of camaraderie amongst us; even as recently as the wonderful dinner we shared last night, at Sticklebacks, right on Vancouver Island's shoreline.

"I have been calumniated, traduced, abused, and misused," are among the memorable lines from Hadrian VII, in which I performed back in about 1973, in Cape Town. And as part of our stories, the words still ring true. But Hadrian's phrase is of the past. Now, as men, we face a future in which the battle scars and varied badges of our attainments are foundations rather than chains; they are the brandishing of our preparedness, rather than indications of our vulnerability. We are men who've been there, done that, and are ready for yet more. We are men who have been given a hand-up (in my case a hand-out, ha!) and at times a smack-down, but we now are champions of the search for clarity, for care and compassion, and for extending charity toward those in need. We are girded for the decades to come, galvanized by the very history from which we came.

Last night, sitting with my new-found friend, that once upon a time five-year old, I asked if it would be alright to write to his mother, after all these long years, to express my gratitude. He smiled. It is never too late to let someone know they touched you. It is never too late to show just how well one has fared; it inspires, as way leads on to way.
Posted by rfpentelbury at 5:26 PM