Such As We Be 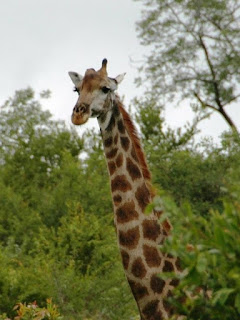 They queued up "for an hour" to hear me talk. One of them came specially in to town "just to hear" me. Empowered Integration was the subject. Spiral Dynamics and Psycho-geometrics were the subtext. And I was in the same time slot as David Suzuki. More than that, he was in a room on the same floor. Calgary's swank Hyatt Hotel. I'd been flown in from Victoria (and back again) for the occasion, put up for the night, and been given a healthy honorarium for my troubles. After teaching for 37 years, I guess some of the Convention attendees wanted to hear what I had to say. Some of them.

When the doors finally opened three eager looking teachers came in. One I instantly recognized. Then too, I had my friendly and ever helpful assistant with me, Dylan, a former student-teacher of mine. He'd pushed my chair to brunch, got my lanyard and presentation package for me, seen to it that I had water and a whiteboard with markers, and was about to do the big introduction. We five... waited.

While we waited I caught up with Joanne. A music teacher, she had served as musical conductor alongside my directing many shows over the last decade, such as Evita, and Carousel, and Iolanthe, and Camelot and... The other two teachers were asked their names, and they, a Kamul and an Andrea, moved up closer to us and we all established where we taught. Two tech experts interrupted us for a moment to check that we had everything we needed. I looked around at the some 300 vacant free-standing chairs. "We could do with a few more chairs in here," I pleaded. Ha! And then the doors closed, and we five, Dylan, Andrea, Joanne, Kamul, and me, were left to conspire.

Million dollar words trip off the tongue, but are readily understood when explicated, and the mind-shapes of triangles and squares and circles and squiggly lines and rectangles are easily envisaged when we accept that we are everything. At issue is our proclivity for a predominant predilection. In other words, we are creatures of habit. And given that one person may habitually resort to or react with a square attitude, while another may squiggle and squirm, it is the preferential order with which we choose response, if not instinctually react, that will determine our degree of comfort with another human being.

In Spiral Dynamics terms we are everything. And again, no matter which of the memes we predominantly practice of the first six habituations in the first tier (being Self-centric, Familial-focused, Ego-centric, Socio-centric, Dogmatic, or Egalitarian) we perpetuate a judgmental attitude toward others, as opposed to an evaluative preference within the inclusiveness and integrative propensity of habituation endemic to the second tier. Huh?

Conspiring, that marvelous act of breathing together in accord (and not necessarily by the fire, ha!) allows for the intimacy of conversation, clarification, collusion, and the purposefulness of compassion. Intentionality, in empowering the self to be yet more integrative, is everything. And indeed, we are everything. Intentionality might well have us reaching beyond our grasp, as did a Lamarkian giraffe before its neck grew longer, but then again, what on earth is a heaven for? Reach, reach for the stars, even if there be but only three. Then again, with as big a star as Suzuki next door, would it not have been better for them all to have deserted me? No they averred. No. We are everything, such as we be.
Posted by rfpentelbury at 5:46 PM