But for the Grace 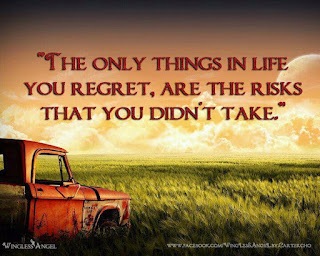 "Back up, stupid!" the eleven year old yelled, his slurpee holding hand waving indignantly at the driver of the black Ford Escape. Still on his bicycle, the child had just crossed behind the vehicle directly in front of me, since it'd screeched to a stop astride the pedestrian intersection. The boy's tone had all the authority of the Entitled.

No! I thought. But the reverse lights of the black Ford Escape in front of my vehicle came on and the car, seemingly angrily, growled into reverse and catapulted backwards, straight into the much smaller brother of the boy, also on a small bicycle, also sucking on a big slurpee, also now making way behind the errant vehicle. No!

In my mind's eye the cold-drink hurtled in a pink spray from the stricken boy to splash all over my bonnet. In my mind's eye the child smashed up against my grill and the sound of his crunched bicycle stopped the Escape in its tracks. And the man gets out of his car and runs back to inspect between our vehicles and then angrily turns to the older brother, still straddled on his stilled bike and shocked into silence, and the man shouts, "It's your fault! Yours! You should not have told me to back up!"

In my mind's eye I see the older brother, years and years hence, a silent shell of a man, reduced by that awful moment of his own arrogance to a psychosis of insecurities. We take on such responsibility when we move, when we instigate, when we assume an action for ourselves or others. Such heightened state of awareness is to live in a state of paranoia, John Lennon is reputed to have said. That boy might've made the assumption many times over that he could tell others what to do, where to go, how to do it, when they were at fault. And his self-righteous presumptions might indeed have compounded the mistake, might indeed have led from one assumption to the next, until in his arrogant handling of a given moment, such as that specific moment, the result would have found its origins in all the times his peremptory ordering, barking at, entitled judging, hollering, assuming, presuming, and controlling of another might have led directly to that horrid crunch. Such was the impact of circumstance, chance, collision, and discord I now envisioned before me. No!

But the vehicle in front did not move. Its back-up lights did not go on. The little brother passed by unscathed, and the older brother, his righteous indignation satiated, with a single backwards glance pedalled on blissfully unaware of what was in my mind's eye.

We are creatures of the moment. Choice is appropriated according to our whim and want. We build up a collection of cautions based on experience. We build up a badge of authority based on precedence. And circumstance, that God who watches over us, or sometimes seemingly not, finds our lives woven into and around and about each other in the singularities of pith and moment. Given the circumstances of brother to brother, vehicle to vehicle, and mistake for mistake, there but for the Grace go I. You too?

Posted by rfpentelbury at 11:59 AM