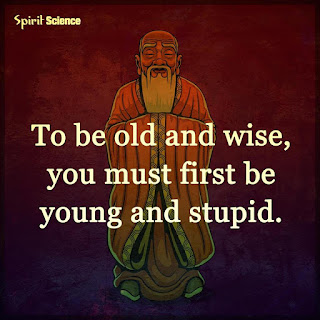 Immediately wrought contrite over a childhood thought, of more than fifty years ago, the old man deeply shuddered. The searing of it had resurfaced, unwittingly. But why now? What was the cause? Where did it spring from? Who else had he hurt in the long hurtle from the 'there', in the once-upon-a-time, to the here and now? How aware had he been? And why had he not, as far as he could remember, recalled with sufficient regret having had that ‘bad’ thought, again, until now?

Guilt is an awkward thing. It resonates with rancour. One easily can beat oneself up. What self-serving impulse, what shallow instinct has not invaded any one of us? And how can one be forgiving of another if not having had, albeit in some smidgen of a way, a similar 'sin' visited upon the self? Have you never (ever) wished someone dead? Have you never-ever filched, stolen, or sneaked so much as a cookie when not supposed to? Not even thought of it? But there are much more subtle issues at stake in the monitoring moments of the self than taking actual action. There is thought itself. And such thoughts that we know instinctively to conceal are those that we might examine in ourselves more closely. For they indubitably saturate the consciousness. They can cause others to feel uncomfortable. They can be unethical. They can harm one's integrity. Yet we think of almost everything, (and which part of Everything is 'not'?)

Indeed. "I am not to be held responsible for the thoughts that enter my head," said Einstein, "just the ones I entertain." Yes. We easily have thoughts ballooning by, but being conscious of them, learning when to look away, to veer off course, or purposefully to go higher (if not deeper) into the realms beyond their immediate import, now there's the thing! We are too easily impregnated by “the slings and arrows of outrageous fortune". We too easily (especially men) can lean at an atavistic slant to one side and with cocked heads study the click-click of high-heels bobbing by. Distractions abound! Thoughts infiltrate. Yet it’s in deeds that we perpetrate who we are, indeed.

Thing is, the territorial imperative would have us linked by constellation to the genetic code impelling us since Adam. (We can hardly be held responsible!) Yet 'sophistication', (that word that connotes a veneer of civility yet denotes the management of one's animal instincts, one's selfish desires, one's self-serving impulses,) sophistication would have us manage our motives, manage our base natures, manage even our memories. Yes, how does one free oneself from the tyrannical grip of the past? Somewhere in thinking-about-our-thinking (that essentially meta-cognitive process of practicing more than being predominantly led by intuitive feeling, and with our using the perpetual bridle of thought on the free range of emotion) we attain a sifting through the shallow, callow, lewd and rude. We slough off the dross of objectifying and vilifying and adjudging those whose condition renders them insensate to our own preferences. In effect, we become more and more enlightened, if such a thing be recognition of being more and more at peace not only with the self, but with everyone and everything, despite their given predilections.

That ‘ill’ teenage thought felt by the old man, a day or two ago, had him shudder with regret. Thing is, even though he tried throughout today, and with this writing, to recall precisely what that thought was, he cannot. It is as though we eventually shudder at our past sufficient to sift beyond its effect on us, such that forgiveness of the self becomes a primary platform from which to realize yet more compassion, acceptance, and conscious of others too as they are connected to the self. Always. 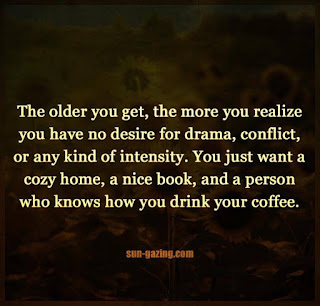 Posted by rfpentelbury at 10:23 AM