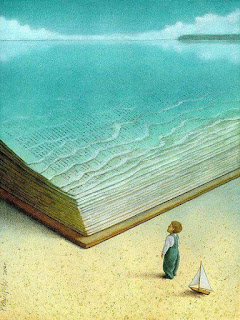 They lied! The deception rankles. Yet we perpetuate it ourselves, ad infinitum, it seems. We teach about Tooth Fairies and Santa and Father Christmas. We teach about the Easter Bunny. It's kiss the Blarney Stone, and love little leprechauns. And it's watch out for black cats and cracks and the Tokkelosh. (Of course, you'd have to know what a Tokkelosh is, but that's why many Africans have their beds up on bricks, just to prevent the Tokkelosh from leaping up!) Children learn to fear it. So too for the Boogeyman! Yes, we advance the Gods of yore too (especially in reincarnations of Greek mythology). And how easily we o'erlook the Roman Gods, never mind Ra or Isis. Yet although not everything is scary or real, there remains the sense that, Icarus like, one's flights of fancy ought not to go too near the Truth. Still, Ockham's razor divides, (we’ll learn.) But deceit and prevarication marries the self, and in its guises we respond with emotion. We feel things. We are touched. No wonder when someone outright lies, or is in and of themselves false, we are uncomfortable, outraged, incensed, and deeply cut. Or not.

Who amongst us has never (ever) lied?

William Ockham, in medieval times, outlined a split between perceived reality, and that which is actually real. It was the dawning of science. To one side was declared that which is True, and to the other fell that which is 'good' (or bad, for that matter). Religion became divisive. Science triumphed. And the Ptolemaic system was replaced by the Copernican. Knowledge of itself became a pursuit of facts. Intuition, that ephemeral substance of superstition and supposition, was sliced aside by the incontestable, by the rational and actual-factual. And to this day our schoolchildren and our populace are led to place a higher order of value on the materially attainable, on that which can be measured in accountability. Spiritualism and Angels and Friday the 13th are for zombies. It is no wonder that the marvel of Spider-Man and Wonder-woman and Thor and Harry Potter entertain us so; we easily delight in our suspended disbelief.

Which of us still really believes in the Gods? Believes in magic? Believes in miracles? Believes in ghosts and goblins and sprites? Believes that our sacrifice will do much to tally the balance of our karma? Believes that our connections with others are 'forever', and are independent of our actions that disconnect and dissolve and fragment and bifurcate the expected from the actual? It is in our very politics. We argue. We are present to each moment, yes, but Future and Past are adjustable, even so for the very depth of breath one may take at coming to a single tiny period.

We breathe. We are alive! But let us not unto the farce of our fragile thoughts admit that we do not search for some succour for our present predicament. “Somebody, save me!” We each feel insecure in the perpetual climate of uncertainty around us (since it is predicated so much on the actions of others: how they drive; how they dance, dress, think, behave, speak; and what their avowed politics are!) We feel helpless in the face of all the conflict. We are victims. We cannot do much else but exercise our one poor lonely little vote. Say our piece. And the bank rates will change. Taxes will change. Death will steal us each away. Ideas will rot at our stability. New habits will break our comfortable old paradigms. New expectations will threaten our very soul.

And so, which of us has not disliked that with which we do not agree?

Learning to accept and allow for and integrate and have compassion for and include that which is not understood may take lifetimes. (Or is that stretching 'a truth'?) We can feel the other's upbraiding of our Self as a physical punch, as a slap in the face of all that was meant, that was intended, that was learned. Potential and purpose, or presentiment too, dissolves to disillusion. We are incomplete. And in accepting incompletion, so are we more accepting of another. No? 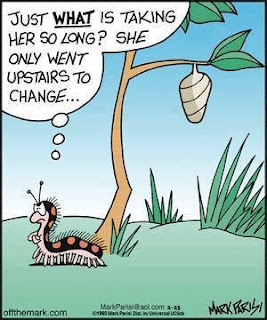 Posted by rfpentelbury at 2:44 PM