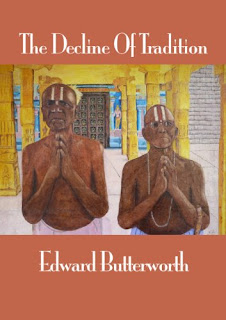 How to avoid the pitfalls of being all too human? A marriage of intellect and emotion might guide us more clearly. Were we to read and read almost all of the very many books available to us on the journey toward enlightenment, we might yet more-better evolve. Some of us attend theosophical meetings; participate in congregations; watch documentaries. We might more purposefully gear ourselves toward monitoring our habits, question keeping our tradition for tradition's sake, or following along for the sake of following. Yet we enjoy being included into a group. After all, to teeter at the edge of being too different, particularly if there are no other birds of a feather to sustain one, becomes too lonely. "Who do you think are?" can cut to the quick.

Words wield wonders, or not. Books invigorate, affirm, entertain, instruct. So might an essay. And a collection of essays, threaded into a complementary narrative, can take one on a journey that is at once enlightening. Such is the work of Edward Butterworth. Heard of him? Then there is also Mortimer J Adler. Read his work? We could go on. You could inject into this missive a host of other authors. Our libraries are burgeoned by those who would have us see through their eyes. And my sharing the particulars of their narrative, that is, of Edward Butterworth and Adler's narratives, here, may not evoke further interest from you. Yet beyond individual styles of presentation, and beyond individual idiosyncrasies of contention, there is a synchronicity with our human condition that bares hearing, that bares reading about. Sentences that would inject wisdom into you, and me, are surely to be shared? (So too for the Bible, one may aver; or what about the Bhagavad Gita, might another. Or what about....? And the list may go on and on.)

"I have no doubt that there are countless millions of people," writes Butterworth,(p.1031) "who are committed to personal/spiritual growth in full knowledge of its implications for the wellbeing of the planet. Each of those people is affecting a circle of others around them, making a change that is below the radar of the mass media." Indeed! So too may each contribute toward the health of the whole! And as Adler writes (p.166): "The common elements that will unite all human beings in a single cultural community will be related to such essentials as truth in science and philosophy, moral values and human rights, man's understanding of himself, and the wisdom that is the highest good of the human mind." Yes! But oh what a tangled web we weave when we try to prescribe 'moral values and human rights', let alone 'truth in science'! Think of the enormous storms raging over whether we have 'climate change', or not. Think of the massive restructuring of morality in religion we'd need afore marrying the East with the West. Indeed, we think this, believe that, and feel honour bound, duty bound, and passionately devoted to the precepts and percepts of that which has guided us heretofore.

Butterworth backpacked India. Adler, apparently, philosophized from his ivory tower. Yet both men gleaned from life the essence of an integrative stance. They saw that the individual can evolve. They felt that one can progress through the maze of differentiators that separate and divide and adjudge man, so that one might attain a place of acceptance for all that is, that was, and even more significantly, that shall yet be. (Not to do so is perhaps to despair so deeply for the future that one becomes despondent, depressed.) And even more, both Adler and Butterworth continue to provide succour for those who would read their works, who would feel affirmed, who may be affected, intellectually as well as emotionally, by the insights of their contentions. Yes, they are influencing "the well being of the planet."

You and I are richer for their influence. We are richer for the very many other words that come our way, words that evoke us toward wanting to be yet more enlightened. And though there be countless tomes of books that so too may add to our personal oeuvres, I give full commendation and recognition of Edward and Mortimer's works. Here are the links, (both available at Amazon): http://edwardbutterworth.com 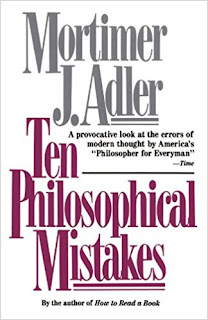 Posted by rfpentelbury at 3:28 PM