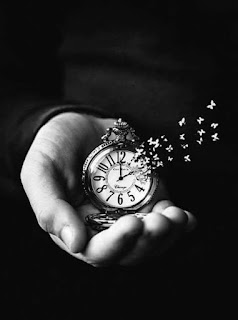 Constraints confine us. (For children, even more than for adults.) Strictures cling throughout history, anchoring us down from wishful aspirations, cementing us to others’ realities. Lies abound. Children learn of Tooth Fairies, Santa, and the Easter Bunny. Teenagers bend to peers. Religions pervade. First-time lovers are told by a lot of literature and song that ‘love will last forever’. Our choices are often but a continuation of the acculturation to which we've become accustomed. What a parent believes is what we adopt. Yet slowly we may change; after all, being gay or ‘out there’ is no longer necessarily a significant point of departure from the norm. Divorce is now de rigueur. Yes, we submit to society’s expectations rather readily. Though some wear ties and suits, and some wear turbans, we all know where ‘tis safe to stand in the nude.

“I cannot divorce,” a friend tells me, anguished. “My religion forbids it. I made a vow before God, and now I must live with it. Perhaps that's why God had us make these vows before Him. He knows that if we did not, we would surely break them, over and over. I fall in love so often!”

He talks, I think: Commitment can be crazy. Without it we too easily can give up the marathons; leave when the going gets hard; divorce at the first fight. Yet there's many a mantra urging just one more step to Eldorado! Don't give up, we often hear. And somehow we’re supposed to keep at it, year after year, until we're old and grey and just plumb wore out. (And there, but for taking the gates toward other opportunities, goes many a malcontent.) Yet some deep sense of glory can pervade the self too, when not giving in, when not giving up! Matters of celibacy, of veganism, of spirituality, of belief, of maturation, insight, and of one’s very enlightenment can be so taxed by the presence of others, or not. Our reaction to everything, in the sum total, is a most internal thing. Others are not always privy to what's really going on. No, not necessarily.

“But I cannot divorce,” he restates. “And she won't either. Besides, she doesn't want to lose me. It is I who wants to go! I am….”

He talks, I think: Difficult spaces are the dissolution of paradigms in which we set up for the new.  They may result in horizontal shifts in which we accrete, accumulate, and swell, or they may be vertical spirals of enlightenment in which we garner yet more compassion, insight, and peace. Enlightenment indeed is a pathway, not a product. Such is the journey. Selfishness, egoism, self-righteousness, betrayal, dishonesty, and deception are all part of the parcel. We each in some measure live this. We fib to friends, to our bosses, to our parents, to our siblings, even to ourselves. Our 'sins', collectively, one hopes, become not only the reason no longer to perpetuate them, but also to have compassion for those we witness doing so. We can still love our friends, despite their misdemeanors. We can still love ourselves, despite our deceits.

He looks at me. He sighs deeply, "Tell me, what should I do?"

I say: “I am not the one to tell you what to do. Nor, actually, is anyone else. Only you can decide what you must do. Ideally it will feel right, will seem right, will be the best thing you can do for all. And even then, there will be consequences.”

He looks at me. “That does not help at all. I'm miserable. I have half of my life yet to live!”

Half of his life? Yes, time slips away from us all. Yes, perhaps one should say what one thinks! 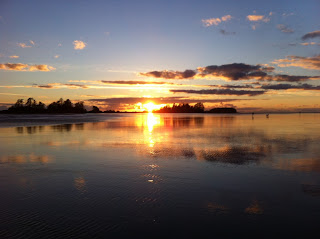 Posted by rfpentelbury at 7:31 PM