Whither The Weather Whether Wherever? 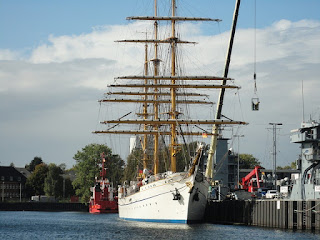 Analogies eventually run aground. Yet provisioning for a paradigm shift has its fits and starts; it’s a rocky feeling on the incumbent vessel as it’s tugged at the tethers. Obfuscations abound. Some shifts are so subtle we are not aware they’re taking place. We awake the next moment to realizing that what we (‘always’) saw on the port side of our lives has been swung to starboard. (A ‘Child of God’ phrase can be off-putting, let alone to one who has never seen the sea.) Yet in such realizations (particularly once one has adapted to the new terms of existence) one is aware of being afloat in a new world of possibilities. Yet there are some paradigms one invites in with a fuller knowledge of what can be, and they are not necessarily to be actualized with gentle subtlety. Some shifts in the status quo take a massive amount of thinking, of feeling, effort, hoping, and even praying. Twixt circumstance and chance and opportunity and luck lies many a slip to keep one at harbour. Yet at last to set sail, one’s spinnaker billowing, is indeed to feel the momentum of what is yet to be. For what journey is not a quest for something yet more? And what venture is not a mission embarked on for other vistas and attainments yet to explore?

We can be trapped by our own inertia, and can spin our wheels like hamsters within the confines of our cellular existences. One’s moving geographically is not necessarily freeing oneself from a cage. We trade in one set of habituations for another. We may live within a larger set and thereby attend a larger playground of opportunities, yet remain essentially the same person. (“And what’s wrong with that!?”)

If enlightenment is a journey and not a product then seeing more and more vistas in this world may not necessarily change the attitude, responsibility to the Whole, or habitual proclivity of the voyager. Ships were made to voyage, though they be safer left in the harbour. And many a vessel, tended to and cared for while moored within the breakwater can appear altogether more pristine than a vessel constantly out at sea. Comparisons are deceiving. The captain of the cabin cruiser sees a sea differently from the captain of a tanker. At base of this analogy of voyages, vessels, and opportunity, is the issue of who really is ‘in charge’? Integration, in its fullness, is much more difficult if one has never even seen the sea.

“Relax,” says the Buddha, “everything is chaotic and that is as it should be.” Easy for him to say. When there are dependents and creditors and longshoremen and passengers to our lives we are aware we exist not entirely to ourselves. Each person ‘in the know’ of ourselves deserves some measure. And we grow by them, as they do by us. Yet still, we are free to venture, and to change. And a paradigm shift can take place within, as we know, whether one is still anchored in a harbour or set out to sea to be ‘free’.

Self-centricty; Bondsmanship; Ego-centricity; Groupsmanship; Aggrandisement; and Acculturation attends the stages of our enlightenment, provisions our vessels, accords rank and file and determines docking privileges and club-standings and even cabin allocations. And we, as the captain of our very own vessels in varying measures succumb to the greater order, give obligation to crews, or we forge out on our own, only to find ourselves perhaps really adrift from the whole. But to ‘be at sea’ is not necessarily to be lost or adrift or imperiled. No, to set sail within, solo, can be to venture into new paradigms, fully conscious that life is the taking-on of new storms, of new experiences, and of new challenges. Enlightenment lives.

Or one can just stay within one’s vessel and await on and on and on the fairest of weather, perhaps one day to be tugged away... by an ‘other’? Who else to blame if indeed one eventually runs aground? Hm? 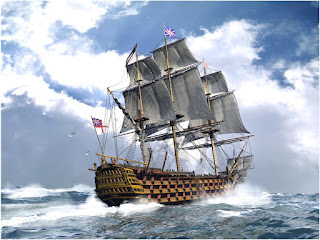 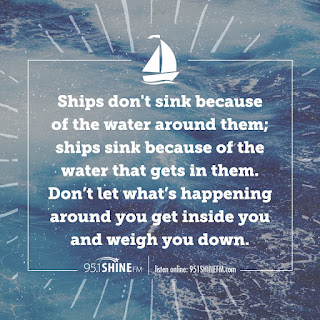 Posted by rfpentelbury at 8:56 AM