Incarnate Incarcerations (on the death this day of Mummy Joan) 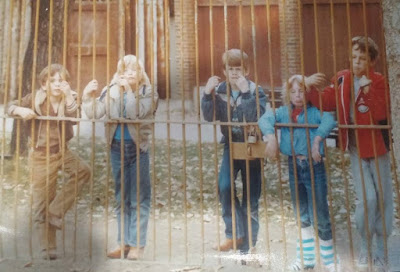 "Be real!" Yet closed doors are so intimidating. Dare one knock? How to reach the beleaguered inside? Especially if you’ve been told not to disturb! So the dying person inside wants no visitors; does not want to be seen so ill. So the housekeeping may be judged. So the succour and the care and the chances of communication are truncated, stilted, breathed by implications through (these) terse little sentences. (And we all know how tone is read into text.) So, like broken grammar and ill-begotten woes, one persists with misguided meanings and platitudes, until an ineffectuality imprisons not only the person inside, but the persons without; rendering impotent those attempting to reach you with their support and considerations. Eventually life itself goes away. Someone is left to mourn. We each are prisoners of our own making. We each are trapped from the inside.

Yet, let me not to the marriage of medians and momentum admit impediment. We each are prisoners of our own making. Most usually, for one to become a-This or a-That, it takes the eschewing and disavowal of a-Something Else. And not until we've had our fill are we perhaps ready to spill over onto the map of that which is Yet More. Problem is, that map is most usually set out by others who have gone before. It is not easy to find new continents, new lands, new rivers, and new streams of consciousness to explore. How do we course beyond the boundaries of our established selves? How are we readily freed from within?

Yet surely there is freedom from the prison of the self? After all, we persist in trying to reach beyond the bars of our fiscal and physiological means to attain yet more. We rake in the memories and that which we can touch in an ever-increasing memento of the past, year for year. Our memoirs would give much to the passages of significance to us, naturally. After all, we attained! We conceived. We bore fruit. We existed! And we grew! Or did we? Yes! We grew like those who went before us. We grew like those who are around us. We grow older, and old. And eventually we indeed are sans teeth, sans eyes, sans ears, sans everything. (Not true, Mummy Joan?) Then are we free? Or do we stay forever caged in someone else’s concept of Eventuality?

Or are we to stay caged, locked up behind the portals of our self-containment, hardly really Real, at all? 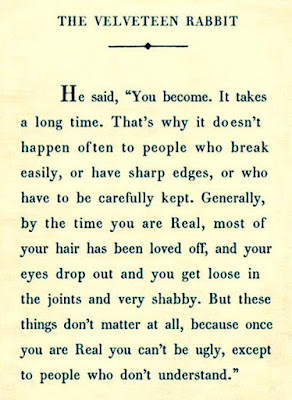 Posted by rfpentelbury at 6:50 AM