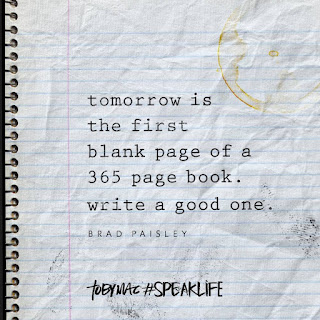 Newness fascinates. Centuries of evolving have given us markers. Birth dates. Year dates. Month and week dates. Time dates too. And tick-tock we live in the interim. But the brand-brand new? Each of everything is really so very attached to The All. So we categorize and quantify. We arrange and organize. And in our accretion there appears always room for adding on to what came before. Seems obvious. Yet the New Year’s Resolutions are decidedly a feeling of turning a page. For me, they are a clean slate.

It is because of dissatisfaction with the old that I want to change for the new. (At Christmas, especially, it’s a pity that my belt-size gets bigger, or that my shirt size swells. I shall decidedly diet, after New Year’s.) But we all know these usual holiday-season maladies are not the ‘real’ new things of which we speak. No, it’s the ‘other’ habits. We want to change our old, last year’s habits, for new, more-better ones.

Somewhere, a very long time ago, there was an article I read that suggested that everything one is and everything one does is habitual. The earlier it is ingrained, the more difficult it is to change. One’s accent is a good example. And there are body movements and ways of laughing and holding the head that are very much like one’s parents and siblings, passed down through the gene-stream. We even think habitually. Neural-synapses course through the corridors of our physiology such that we establish traffic patterns like maps in the cerebellum, like a personal geography in the hippocampus, like star-charts in the corpus-collosum, like contentions in the psyche. Our bodies resonate with impulses. And we react and respond and have attitudes and hold forth and move and do as we much have done month after month and year after year, until the decades add up and up. Still, we make New Year’s Resolutions.

Newness fascinates. It takes apparently 23 or so days to change a habit. “I shall no longer use the F word” is typical. (Well, at least not in company). (Definitely not in writing). (Maybe not in front of my friends). (Perhaps not when I’m driving). (Well, no, not at all). After all, that’s a foul way of thinking, indeed. Do we not hear, see, taste, touch, or smell words? Like sh.... Eewh! A foul word it is, indeed! (Especially at the dinner-table!)

Twenty-three or so days later (after being gentle with oneself for the relapses,) one no longer automatically spews out the ‘bad’ word, or does the old habit; one is changed! Application is the key. We are to keep applying a sense of intention and self-consciousness to the new habit, and we CAN change. Why, even not being able to walk much can be changed. How else does the non-runner eventually train to do the marathon? How else does the surprise of a Ukulele or a Zither (received by friends at Christmas) get eventually to be played? One learns the chords. One practices the new habit. And one acquires the new. Step by step.

“A gentleman is defined not so much by what he does in front of others,” intoned Mr. Jones, my old Solomon House housemaster, “but by what he thinks when by himself.” It was to be one of the great touchstones of my life, that phrase. Yes, new habits begin truly within. The difficulty is in persisting with them, sometimes, without. Changes that are fundamental affect not only the self, but those around us too. While we take on the new we can wrestle and struggle and be difficult. After all, someone usually has to hear you practicing those chords! Still, go for it! Get new. Get brighter. Get yet more light. Happy New Year! 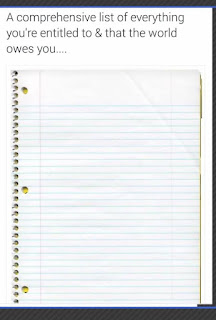 Posted by rfpentelbury at 11:49 AM