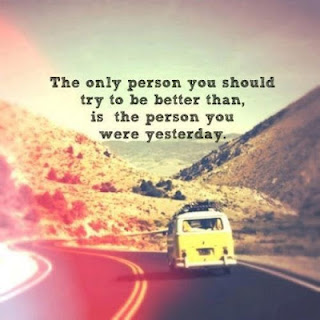 God does not give out grades. We give those to ourselves. As Gods we quantify and classify and establish hierarchies and laud, applaud, judge and condemn. One might get past the flatland sense of an evidently unfair equality and integrate everything into an existential soup of different tastes and different ingredients, allowing room and roam within some conceived whole of the universe, but, like it or not, we have rank and order, phylum and data. And we love to wrangle over who belongs where.

In any given model of the stratification of mankind I search for one integral concept, that is that 'a person is everything'. However apportioned. At issue is the predominate degree to which a given habituation is practiced, subconsciously, consciously, unconsciously, or intentionally. Habit defines us. We are culturally, linguistically, nationally, and habitually driven. It's our set. And we generally contest within it. We can intend to and then acquire a new habit; repetition makes it not new. Good or bad. And depending on what an observer states, or perhaps from what we feel, some behavior of ours is labelled on a continuum of labels. Thing is, to say I'm a cook can mean a whole lot of different things to very many people; or is that 'kook'? Levels of attainment imbue our lives. The gradations are defined by others, mostly, and very much so by ourselves.

So I advance The Theory of Gods Grades. No need for an apostrophe. We all are One.

Like grade school to graduate school, we appear apportioned into classes in the curriculum of life. Both a natural order as well as a man-made order predicates as much. We are startled by anomalies. The prodigy. The crazed. The outlier. Generally we are most comfortable within the class of our peers, our colleagues, our friends, our culture, our beliefs, our field of knowledge. Esemplasticity is not a natural proclivity. So we prefer to keep things, usually, simple. And though recognizing ourselves as being contained within a grade level, as in, "I'm in Grade Six; next lifetime I shall be in Grade Seven!" it is rather limiting of us to judge anyone, let alone ourselves by so simple a categorization. Some of my understanding is decidedly still in grade six, and even some more remains at pre-school level, yet other understandings are at a post graduate level. Like you, I am everything. My life's curriculum is as individualized and as differentiated by the comprehensions and lessons and passage of my lifetime, as is yours, and though I certainly can say I passed standard one, or even grade two, I for sure can tell you that I did not do so with 100%. Ever watched 'Who is smarter than a fifth grader?'

No body of knowledge will of itself give qualification to be acclaimed into a given grade; character may. No personality will of itself give acclamation to a given grade; character may. And even then no one person is so complete in character and personality as not to ever feel angry, hurt, mis-aligned. If personality be described as psycho-geometric (that is as a square, circle, triangle, squiggly line, rectangle or even a trapezoid) then one's character is hereby defined as that which we do. Personality is the manner by which we do things; character is the means. And if we generally bring our sparkling personality to a given party and persuade others to vote for a certain character we but perform the marriage ceremony of that which imbues us all; we hardly can separate yin and yang, male and female, positive and negative, enlightenment and obscurity, though we try. Some of us even refuse to accept shades of grey! But we do, evidently, dish out grades!
Posted by rfpentelbury at 1:24 PM