C) A Kindergarten of Gods 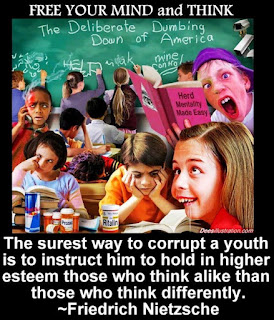 Conditioning is natural. Crows caw at instructing their young; leopards and lions and elephants and crocodiles have ways too. We see cuddly and cute and oh snap and petite all being raised to become in our image. And we get taken by surprise when the lion lays down with the lamb. Birds of a feather flock together. If a fish and a bird marry, where will they live? But let us not get ahead of ourselves. Teach your children well.

Naturally, we are societal, somewhat if not very much gregarious, and each and every one of us conditioned. Pavlovian, even before Kindergarten, neural pathways were established by which we are identifying ourselves. Even as babies we can be observed to display those archetypes of being sanguine, colic, phlegmatic, or just downright belligerent. Already, even before most of us begin talking we entrench our preference for psycho-geometric shapes of personality. Character is not yet defined; it being an accretion of the things we do. But personality comes very early on, and as a tool by which we engage our world we squarely face it, squiggle our way through it, embrace our circle, or poke and prod and prick in a triangularity of needing wants met. To be entirely indecisive is not natural to us. We innately exercise likes and dislikes, and our personality shapes our world for us. Kindergarten creates a social pathway. It is the first stage at which we are generally no longer under the protection of family and are lumped in with others more or less of our own chronology to find our own way.

But already some of us have been abused. Great fear and deep shame can scar the psyche. Others may know great love and deep attachment. Nice. In either instance being in Kindergarten among like-aged Gods is an experiment in homogeneity. Simple dichotomies confound; personal complexity is developing, let alone universality. But like a sixth grader in the Graves' Spiral Dynamics model (a later curriculum; I peeked!), we are expected to display an equality of ability, intelligence, and outlook. Yet already the differentiation is multilayered. I was never going to reveal what my crippled uncle did to me. Penelope was disbelieving that her wonderful parents could actually leave her at the school gate. Tony was already feeling displaced. Mike was already conscious of being impoverished. Justin was already conscious of being bored by simplistic expectations. Rob found it unfair that the others were already older than he. Simon....

The differentiation is inescapable. And the layering upon layering has begun. Nowadays we are racially and culturally more mixed than our histories. Thanks to 'before-school' kids being bombarded with imagery in T.V. raised countries, we no longer need stare at strangers. Racial, or handicapped. That segment of our integration has begun. But we have the universal hyperbole of a kazillion prepositions yet to interlace; our relationship to and with and in and of and above and under and near and far is on its way. Ontology recapitulates phylogeny. Education is dependent on culture, conditioning, circumstance, innate interest, and the authority of the system. We are vulnerable, like comprachicos, to the makings of man; long before the fountainhead. Our unique authenticity is a plasticity to be moulded by the conditioning of that which our parents modeled, our immediate familial society reflected, and is about to become graduated by degrees within the first congregated classroom of conceptions inculcated in us by Kindergarten.

Would then that its teachers be the wisest of beings! 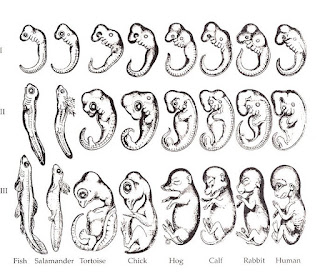