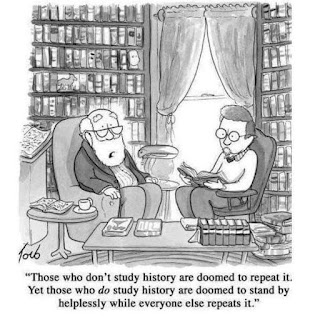 Statues tumble. What once stood for something is torn down. Someone decides that the edifice, the words, the implication, the import, the history itself ought best be erased. And so we lose the visual reminder of not only what once was, but what 'ought not to have been'. Yet censorship or circumlocution can condemn us all. Best at times to call a spade a spade. Surely it's better to educate as to what an Alt-Right is, than to bury it? (Children and innocents may be lured by the clandestine and furtive, rather than by the open-faced.) Are we not better off to see exposed what racism really is; horrendous as is the TV reels of the chanting Charlottesville 'parade'?

Opposing opposition is a lifelong activity. In the six fundamental themes of conflict with which our lives are invested (or infested) there is: Person vs Nature; Person vs Supernatural; a Person vs Technology; a Person vs another Person; a Person vs Society; and a Person vs Himself. (In actuality we are indeed our own worst enemy.) And within these themes of conflict we find ourselves ineluctably and perpetually encumbered. How to deal with the slings and arrows of outrageous fortune is the main problem; much of what makes a Person is managing his life.

Integration would have it that we are compassionate, inclusive, forgiving, understanding, accepting, and absorbing. But it does not mean that we are condoning. And in order not to condone one simply has to draw a line around an unacceptable action (for any thought given life beyond thinking becomes an action). Problem is, quite evidently, we have entire groups given to hugely variant sets of what is 'acceptable'. How else to explain to a child that there are terrorists and criminals and thugs and rapists and bad people; (in fact, "biggly-bad" people, to quote our latest “most powerful man of the free world”). Yes, opposing the forces of evil (those who perpetrate intentional harm), and opposing that which is unacceptable may well seem all within the status quo, but it is not so. Were the definition of 'unacceptable' be absolute we'd perhaps all be behaving more or less exactly alike, listening to the same tunes, dressing alike, and certainly be contained in an harmonious unity. No individualism. Yes, some dictators would like that.

As I write Barcelona reels from the attack on its tourist filled street. Despite the commentators, there runs in a black band with white type beneath the TV images the news of the Sierra Leone mud slides, with 300 plus dead, and thousands as yet unaccounted for. Those themes of conflict spring to mind: Person vs Nature; Person vs Society. We can hardly escape the horror of it all. But yes, the most impactful, it appears evident, is that which we see as purposeful, intentional, designed, deliberate, and unfair. Women and children are among the hundreds dead in the mud slide. Innocent tourists are hit and hurt and bleeding and shot, with one dead by the restaurant-invading Barcelona brigands. Awful. And what do you think is given TV precedence?

The phone rings. It's a man telling me there's a problem with my computer, and if I provide my details they can fix it. Imagine! How horrid! That the unknowing, the aged, the innocent, the insecure should so be under attack by the insensitive of our world. Imagine. That someone across the seas and in another world can reach with an invasive phone call and so disrupt and so easily destroy trust and sensibility and civility. How very uncivil. How very evil. Imagine!

Opposition to oneself (and also to others) needs opposing. One at some time or other has to stand up for what is right, what is decent, what is fair. If the measure of all three of those last phrases, "right, decent, fair," is seen as the measure of the least amount of harm to humanity as a whole, then we have something civil, indeed. Such is 'civilization'. All else is the tearing down and dismantling of care and consideration. So, allow statues of the Greek and Roman Gods to remain. So, allow edifices of the tyrants and usurpers to teach us. Evolution through education becomes an imperative. Let the past remain our teacher, ever monumentally, lest we repeat it. 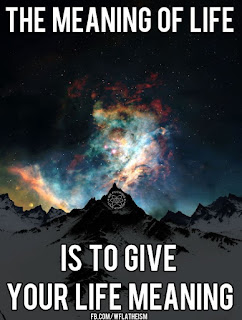 Posted by rfpentelbury at 5:43 PM