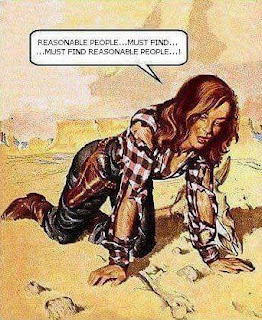 "I've been traduced, abused, and calumniated," averred Hadrian the Seventh, (V two sticks, ha!) It was a phrase that stuck. Back in 1973, in professional theatre with CAPAB (Cape Performing Arts Board) of Cape Town, as Hadrian leaves his apartment en route to being Pope, I was foreman of the furniture movers, as well as a guard. Thing is, the ballet of choreography that might have been applied, as I recall it, was formal, stilted.  Yet of the many words mouthed by the actors, that single phrase has stuck with me through the years. It struck me as the epitome of the slanderous, disingenuous, and self-serving ways in which we abuse others. Traduced and calumniated against, indeed. We each fall victim to the opinions of another. (And sometimes their words make no sense!)

Ego would have one hit, hurt, bruised. Ego would have one rile! Ego would have one at least leap to the defense, if not physically, then in likewise demeaning, derogatory, and incendiary language. Ego determines that one has at least sufficient a boundary in order to protect oneself against the slings and arrows of an outrageous 'other'; we know when a line has been crossed!

But ego is also hurt when the poetry is not accepted, when the art competition was not won, when the potential award was not announced. Ego feels things keenly. It leaps up in anger at wrongs and slights and unfairness. It belittles foolishness and derides idiots. It decides one is unfit to be seen! Ego wants a beach body and a sports car. It wants a better paying job and a grander house. It wants a new hairdo. Ego niggles at imperfections and misspelled words. Ego makes a mockery of another's phraseology. Ego has us feeling inferior at another's diction. We are so comparative. We are so evaluative, yet can be so judgmental. And we operate so very much from what our own expectations are, what our own experience has led us to believe.

Picasso, Dali, Pollock. These were painters who broke the mould. Seurat, Dada, Monet. Shall we go on? In theatre too there are a host of names. Boleslavsky; Alexander; Laban. All were masters. And all were misunderstood, maligned, traduced, abused, and calumniated against. But their ego survived the onslaught. They persevered, and eventually succeeded. Others too!

In theatre, such newfound qualities of subtle semiotics and the unique spiral-dynamic proclivities of character, along with conscious psycho-geometric variegations of personality, let alone the endemic deployment of the intrinsically affected Actor's Alphabet of staging principles, is hardly elementary. It takes one to know one. The masterful adaptation from the stilted staging and black and white verbatim of a script can best be appreciated by those who've read that script, seen others' laborious staging of it, and are so used to the traditional methods of production that when something is challenging, suggestive, demanding, and original, it is entered into with a spirited and comprehensive sense of suspended disbelief. Yet we bring our expectations, lose our childlike humility in believing that our outstretched finger is a six-shooter, and castigate a fellow actor when imprecision is perceived as necessary where no precision was intended. (Go ahead and do it, offhandedly; make my day!) Bang! Such is the power of suggestion. Such is the reason we slander and squabble and dispute and castigate and relegate another to dross.

Let me not to the marriage of like minds admit impediment. There are great gatherings of highly structured organizations whose members adhere to sets of expectations. Some most evidently necessarily so! Aeroplanes require fundamental tenets to be adhered to. Still, there are very many types of aeroplanes. We each fly by what we need, by what we most prefer, and mostly we even choose our own destination. Yet we are necessarily given to being birds of a feather. (A true Holland's Theory.) Thing is, the more we know the more we can be comfortable with just how much we do not know. We can sit back, let go of prejudice, and enjoy the ride. Yes? 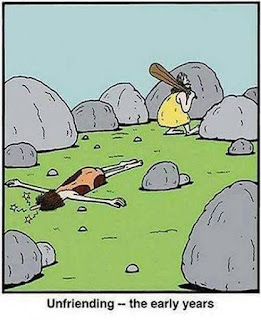 Posted by rfpentelbury at 12:48 PM