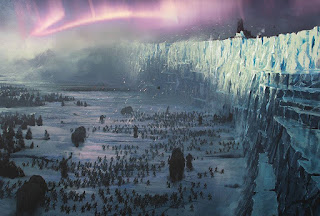 “Trauma Farm,” suggests something awful. We go to the play with uncertainty. As individuals enter the hall we integrate them in feelings of camaraderie even before the drama begins; we all are submitting to an immersion in self-evident tragedy. Why else attend a play with such a title? But then the actor reads entirely from the script.* And the engaging story of a man and his woman dealing with the daily dictum of the difficulties of survival on a farm charms us. At the slaughter of animals, of the pigs, of chickens, and at the death of a favoured horse, I shudder. Life does end. Our killing of it is harder.

We create barriers wherever we go. Because of this, that. Fear trumps freedom. We fear snakes. We fear the unknown. And even more, we can fear the known too. Our perceptions, layered on by the feelings evinced by others, or even from stories like this one, let alone the images we see on the screen (if we do not become desensitized) surmount our innocence. So we progressively can become racist; become convinced that we can’t do something; become assured that we are religiously right; become inured to a group-consciousness that retains a moral stance. How else to express our humanity? How else not to be entirely bland? How else not to be so integrative that “anything goes”, utterly anything! No, it’s best to have a wall (or two) against our Southern Border, (if not the Northern Border too.)
Subjects of sex and subjects of intellect can bear an equal parameter of exclusion, of fear of entering, or entertaining. We “do not talk politics or religion or sex,” is the social didactic. “I’ll die if you mention that!” is the voice of our shame. We have private parts, private thoughts; we can have (perhaps not so) private beliefs; and we can even have private politics. The marriage of Hope and Self-Evidence triumphs over experience. How else to o’erleap the barriers that hold us back? We physically can learn to leap the fissures and the crevices, and can be so emotionally buoyed by our success that we say, “I’m going to do it again!” We can say, “I want more! Tell me more. How did you do that? How do you know that? Where can I learn more? What does that mean?” Or we can be like the house across the street, with its curtains drawn, its door always locked, and the interior beings hardly (if ever) seen.

“My body is my own,” we’ll say. Circumcision feels like a betrayal. Abortion feels like a most necessary alternative. Or why go through it at all? And so too for assisted dying. So too for euthanasia. So too for the necessary slaughter of cows and pigs and chickens and the plucking up of huge nets of struggling fish. We make choices. And we have a collective conscious that some things are necessary, are ok. Dreadful things. Cruel things. Horrid things. Why else go to war? Why else enlist? Why else kill and maim and harm and segregate and enslave and apportion? Individualism and individuals are not homogeneous. We can be, (as Michael Enright of the CBC News** put it): “...a dystopian nation cringing in fear.”

Entirely to lose the self “in a sea of troubles,” and get absorbed, is at once ridiculous. One does not step into the marching colonnades of red-ants. In my boyhood in Northern Rhodesia, on the farm, we learned that such a creepy-crawly army utterly overwhelmed any living thing in its voraciousness. So too in the South African Army did I learn that to be overwhelmed by Communism, and all its attendant atrocities of taking away the rights of the individual, was an anathema to “living free.” And one sets up walls of salt-trenches against red ants. One kills communists. “Him, or me,” goes the self-forgiving phrase. How else to end being subsumed? (Let the tears flow.) After all, “Love conquers all,” is such a trite phrase. Indeed. For those of us old enough to see where barriers need be, and where there is no need for a barrier too, hope indeed triumphs over trumped up fears. Hope. All else is action. Indeed. 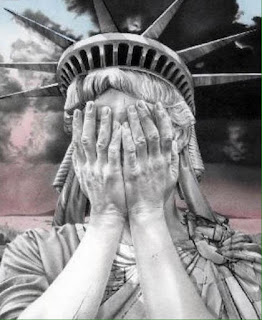 Posted by rfpentelbury at 8:36 AM